Ireland Sees Increase In Cyclists Deaths Every Year Since 2010

Deaths of cyclists in Ireland have increased by 8 per cent each year on average since 2010. A new re...

Ireland Sees Increase In Cyclists Deaths Every Year Since 2010

Deaths of cyclists in Ireland have increased by 8 per cent each year on average since 2010.

A new report from the European Transport Safety Council (ETSC) has found that Ireland has the highest annual increase in cyclist deaths in the European Union over the past nine years.

That is almost four-times the rate of the next worst countries: The Netherlands and France.

However it the council notes that: "A new law to combat dangerous overtaking of cyclists has recently been introduced to improve cyclist safety."

Drivers overtaking cyclists leaving a gap of less than one metre, or 1.5 metres in certain locations, will face a fixed fine of €120 and three penalty points.

Cyclist deaths in the bloc are declining eight times more slowly than deaths of people in cars. 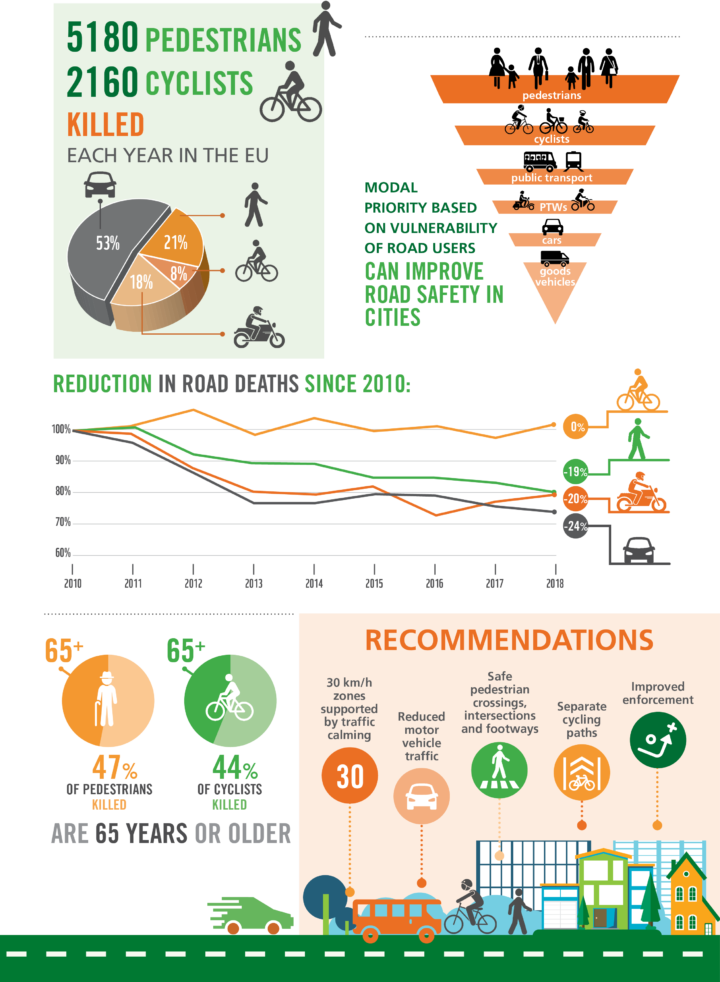 The ETSC is calling for urgent action to ensure that sustainable modes of transport - such as walking and cycling - are made much safer.

It says the slow decline in cyclist deaths reflects "both an increase in levels of cycling in several EU countries, but also the failure by the EU, many governments, local authorities and motor vehicle manufacturers" to invest more heavily in measures to protect vulnerable road users.

Deaths among pedestrians and cyclists accounted for 29% of all recorded road deaths across the EU in 2018.

Some 99% of pedestrian deaths, and 83% of cyclist deaths, are as a consequence of an impact with a motor vehicle.

The research also revealed that half of all cyclists and pedestrians that die on EU roads are over the age of 65.

Older people are more fragile and less able to recover from serious injuries, the ETSC says.

Graziella Jost is projects director at the ETSC: "The EU is facing a multitude of challenges: the climate emergency; road deaths and serious injuries; air pollution and obesity.

"Policies that improve the safety of cycling and walking can also make a major contribution to tackling all these challenges.

"Some EU countries, the Netherlands and Denmark in particular, are showing the way forward. If they can do it, so can the rest of the EU."

Man Charged With Incitement To Hatred Over Videos Posted Online