Maria's Telly - What To Watch This Weekend

The best of the box Dermot and Dave producer Maria Devereux is half human half TV guide and loves te...

Maria's Telly - What To Watch This Weekend

Dermot and Dave producer Maria Devereux is half human half TV guide and loves telling us all the best stuff happening on the telly.

With the weekend upon us, here's what she reckons we should check out:

Craic open that eggnog and slip into your comfy Christmas clobber - it's time for the family event of the year. Tubs hosts a 'Frozen' themed spectacle that will have children and parents alike smiling all the way through. 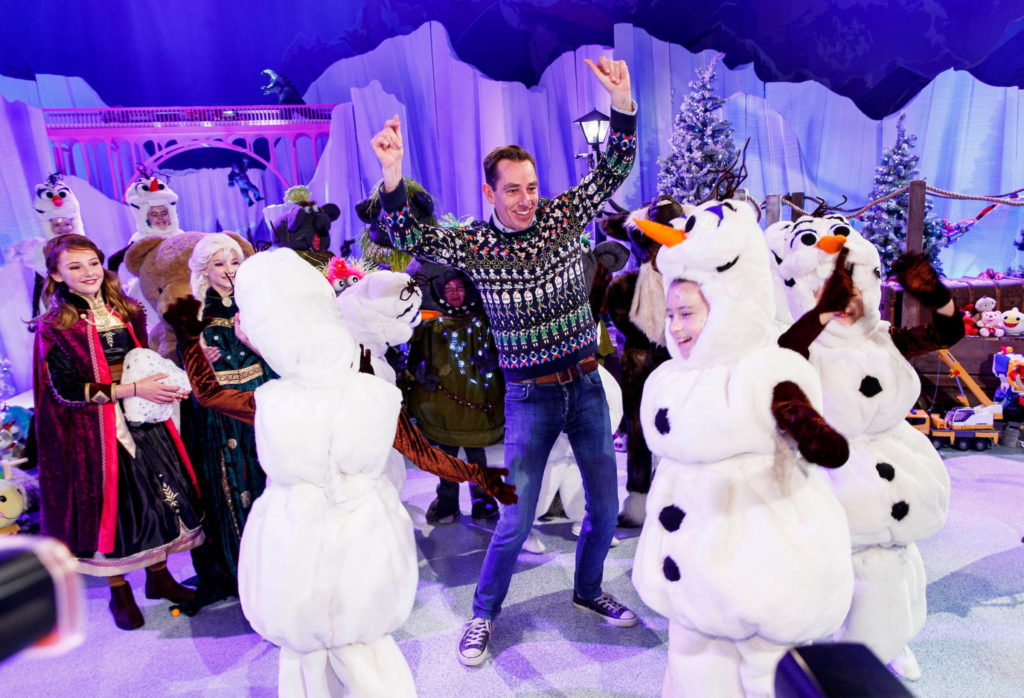 Graham's guestlist consists of US politician Hillary Clinton and her daughter Chelsea, co-authors of The Book of Gutsy Women. Superstar chef and campaigner Jamie Oliver promotes his latest cookbook Veg, while comedian and actor David Mitchell talks about his collection of satirical columns, Dishonesty Is the Second-Best Policy. Plus, Kesha performs her current single Raising Hell.

If you're a fan of The Crown, then this will be right up your regal street. Originally broadcast in 2017, Channel 4 have revived the story of the world's most famous dynasty over the last 100 years, providing a fascinating behind-the-scenes insight into how the Windsors have weathered four generations of crisis, and the secrets of their survival. Episode 1 is available on All 4.

Movies of the Weekend

If you're into festive chick flicks, this is the one for you.

Two women troubled with guy-problems swap homes in each other's countries, where they each meet a local guy and fall in love. Starring Kate Winslet, Cameron Diaz, Jude Law.

Or maybe you're looking for something you can sink your teeth into? Explosions, gunfire and lots of testosterone-fuelled badassness more your thing?

Mr. Church reunites the Expendables for what should be an easy paycheck, but when one of their men is murdered on the job, their quest for revenge puts them deep in enemy territory and up against an unexpected threat.

Check out Maria's recommendations in full by pressing the play button on screen.