It's fair to say he was not having a whale of a time...no? Wow. Tough crowd.

Okay, rubbish puns aside this looks absolutely terrifying. Rainer Schimpf has been a dive tour operator working off the coast of South Africa for fifteen years but has never experienced anything like this in all that time. 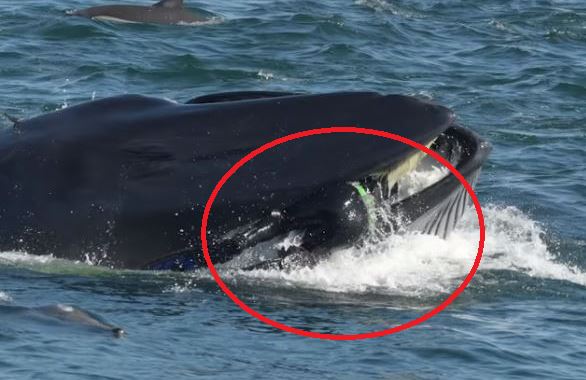 The moment he was scooped up by the 15 ton whale.

The first thing he did was hold his breath because the only apparatus he had was a snorkel.

His biggest fear was being carried deeper under the ocean by the 15 ton Bryde Whale.

Not know as man eaters, the mega mammal obviously didn't like the taste of him and unceremoniously spat him out!

As he says himself he now has the "inside knowledge of the whale" that nobody else has!

And if the diving doesn't work pout he could start work as a whale dentist.

This Head Melting Optical Illusion Is 'The Dress' For 2019