A mother and her two young children have been found dead at a house in south Dublin. The bodies of t...

A mother and her two young children have been found dead at a house in south Dublin.

The bodies of the 37-year-old woman, 11-year-old girl and six-year-old boy were discovered at the house in the Llewellyn estate in Balinteer earlier this afternoon.

Gardaí were called to the scene this morning and had to force their way into the house, where they found the body of the woman and two children of primary school age.

Gardaí said they are looking to speak to one other person, who is believed to be known to the familym in connection with the discovery.

Members of the Garda Technical Bureau arriving at Llewellyn estate in Rathfarnham after the discovery of the bodies of a woman and two children at a house in the area pic.twitter.com/bAkh6zle81

Speaking from the scene, Superintendent Paul Reidy from Blackrock Garda Station said post-mortems would now be carried out on the bodies.

“We have called on the service of the State pathologist and a full technical examination is being conducted at the moment.

“The scene has been preserved. We are treating the deaths as unexplained at the moment and the results of the post-mortems to be carried out will determine the course of our investigation.” 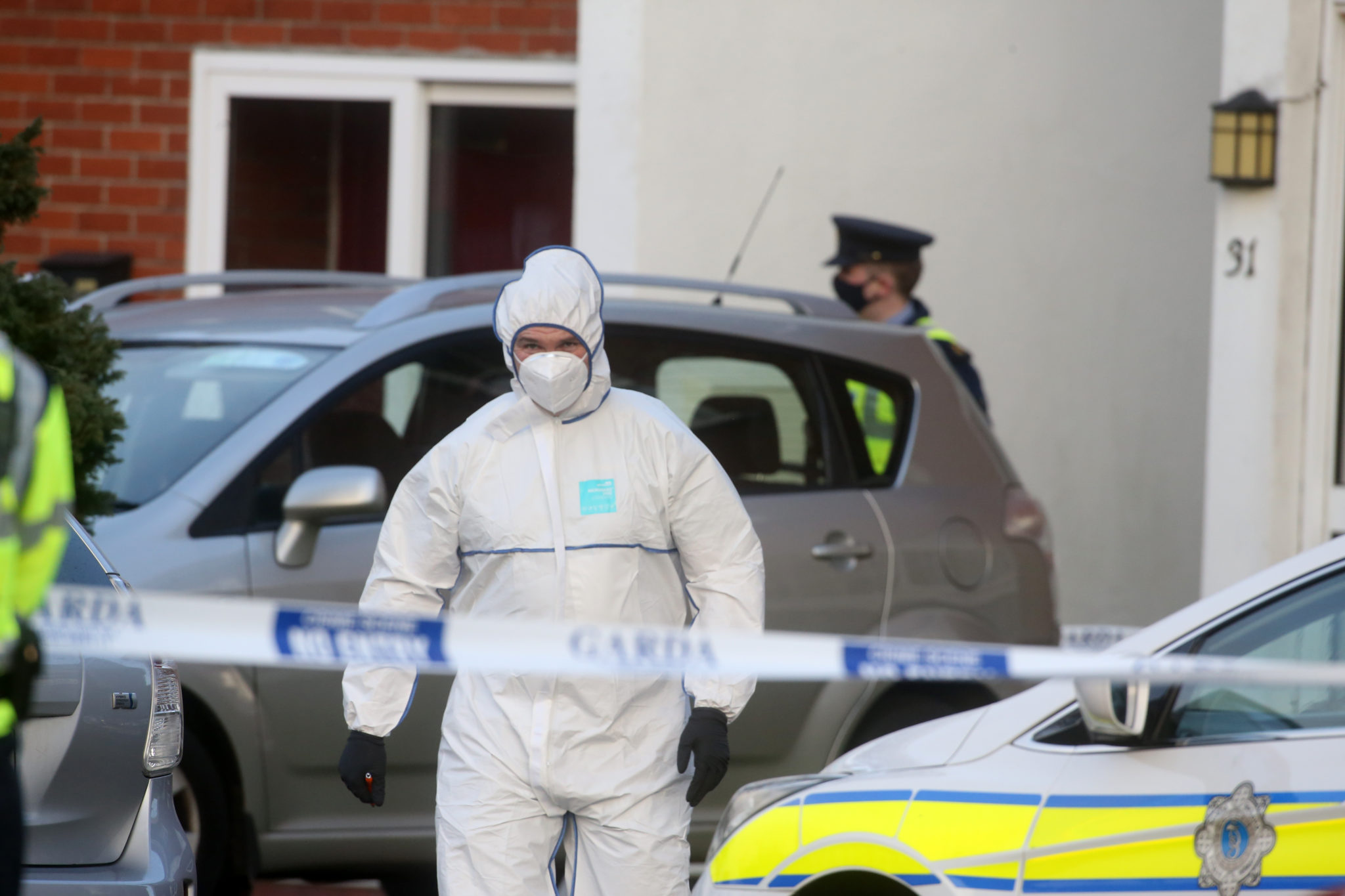 Gardaí in the Llewellyn estate in Ballinteer after the bodies of a woman and two children were discovered, 28-10-2020. Image: Sam Boal/RollingNews

The Justice Minister Helen McEntee offered her condolences to the family this afternoon.

“Obviously there is an ongoing investigation but just to offer my condolences to the families that are affected by this,” she said.

“Just to say that it is a very tragic incident and we will support the Gardaí in their work in this regard.”

Meanwhile, Gardaí said they are aware of "comments circulating on some social media platforms" which they have described as "uninformed and unhelpful" to the investigation.

Investigators are urging the public not to share this "social media speculation."

The scene has been sealed off and the office of the State Pathologist has been notified.

Residents in the estate have been expressing their shock at the discovery this afternoon.