Cohen Brands Trump "Racist, a Conman And A Cheat"

Donald Trump's ex-lawyer has attacked the US president in an explosive address to Congress, saying the leader acted like a "mobster" in the run-up to his testimony.

Michael Cohen, who previously had the nickname 'pitbull' because he was known as Mr Trump's fixer and attack dog, laid into his former boss under oath, calling him a "racist, a conman and a cheat".

Speaking to the House of Representatives' oversight committee, Mr Cohen said he had lied to Congress in 2017 about a possible Trump apartment block deal in Moscow because "he [Trump] wanted me to lie".

Cohen (52) said Mr Trump did not explicitly direct him to lie but looked him "in the eye" and relayed the false version of events.

"In his way, he was telling me to lie," Cohen said, adding that Mr Trump's personal lawyers "reviewed and edited my statement to Congress".

Cohen said he falsely claimed to the senate intelligence committee in 2017 that a proposal for a Trump Tower in the Russian capital had been abandoned in January 2016.

The lawyer has since said he continued pursuing the project for Mr Trump until June 2016. 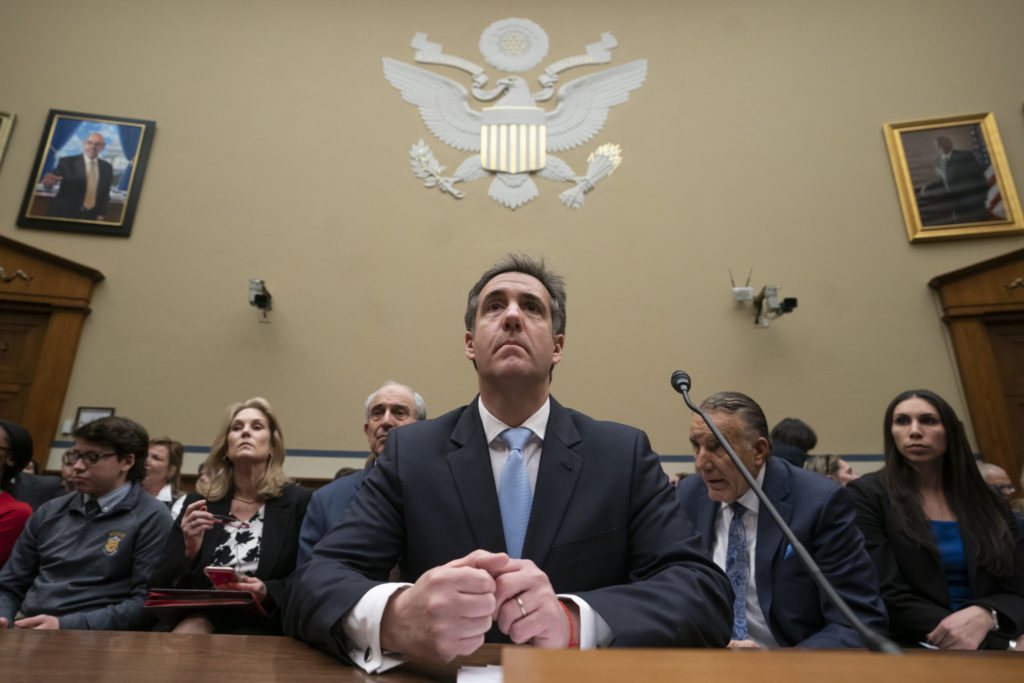 Michael Cohen listens as he finishes a day of testimony to the House Oversight and Reform Committee on Capitol Hill in Washington | Image: J Scott Applewhite/AP/Press Association Images

Cohen claimed Mr Trump asked him to say the president "wasn't knowledgeable" about the payments.

However, he insisted Mr Trump had directed and co-ordinated the payments.

Cohen presented a copy of a US$35,000 cheque to the committee which he claimed Mr Trump wrote to him to reimburse him for hush money to Daniels.

He also claimed Mr Trump had asked him to lie to his wife Melania about the alleged affair.