Average Person Ingesting A Credit Card's Worth Of Plastic Every Week

New research has found that you could make a credit card out of the amount of plastic the average person ingests every week.

The study, commissioned by WWF International, finds that plastic pollution is now so bad, people could be taking as many as 2000 tiny pieces of plastic into their bodies every week.

It finds that the most common way people ingest microplastics is through the consumption of commons foods and drinks like water, shellfish, beer and salt.

“Plastics are constantly breaking down into smaller and smaller particles,” she said.

“One of the largest sources of marine litter is things like plastic bottles, plastic straws and cutlery which break down into what they call micro-plastics.

“So, even the water that we drink out of the plastic bottles that we may buy out of the store; so that is potentially one source of this plastic pollution that we are ingesting.” 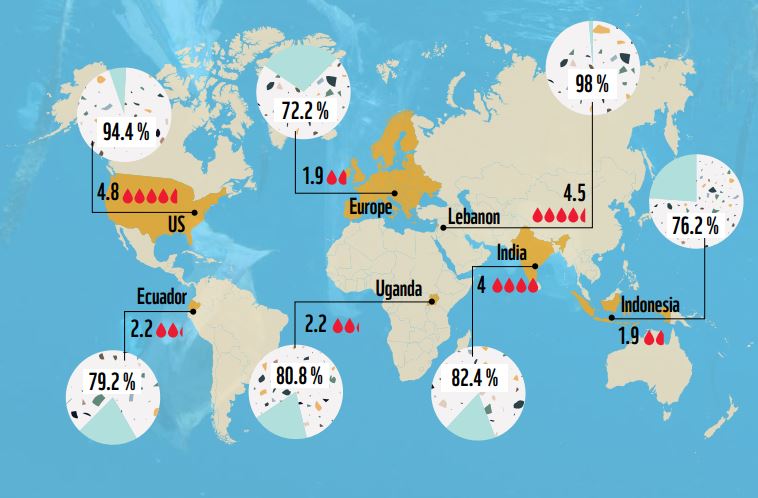 The report notes that since 2000, the world has produced as much plastic as all the previous years combined.

If nothing changes, the ocean will contain one metric ton of plastic for every three metric tons of fish by 2025.

The organisation is urging people to join the 665,000 people who have signed its global petition calling for global legally-binding treaty to tackle plastic pollution.

As part of our sustainability programme we’re testing alternatives to our Plane Water bottles over the next few weeks. Passengers can pick up a carton of water or buy a 100% recyclable & reusable bottle of Plane Water in T1 or T2 after security screening. Both cost €1. pic.twitter.com/4suHXyxvSd

Dublin Airport has announced it's testing alternatives to their Plane Water bottles over the next few weeks.

Passengers can pick up a carton of water or buy a 100 percent recyclable and reusable bottle after security screening.

The bottles can be refilled at one of 18 hydration station fountains across the airport.