Dublin's New Years' Festival has officially been cancelled due to the coronavirus outbreak.

Organisers said 110,000 people took part in the festival across three days last year – with 80,000 attending the fireworks on December 31st.

In a statement, Fáilte Ireland said that “given these numbers, it is clear that the event would not fall within current Government and public health guidance.”

It said it “would not be appropriate” to encourage people to congregate in those numbers this year. 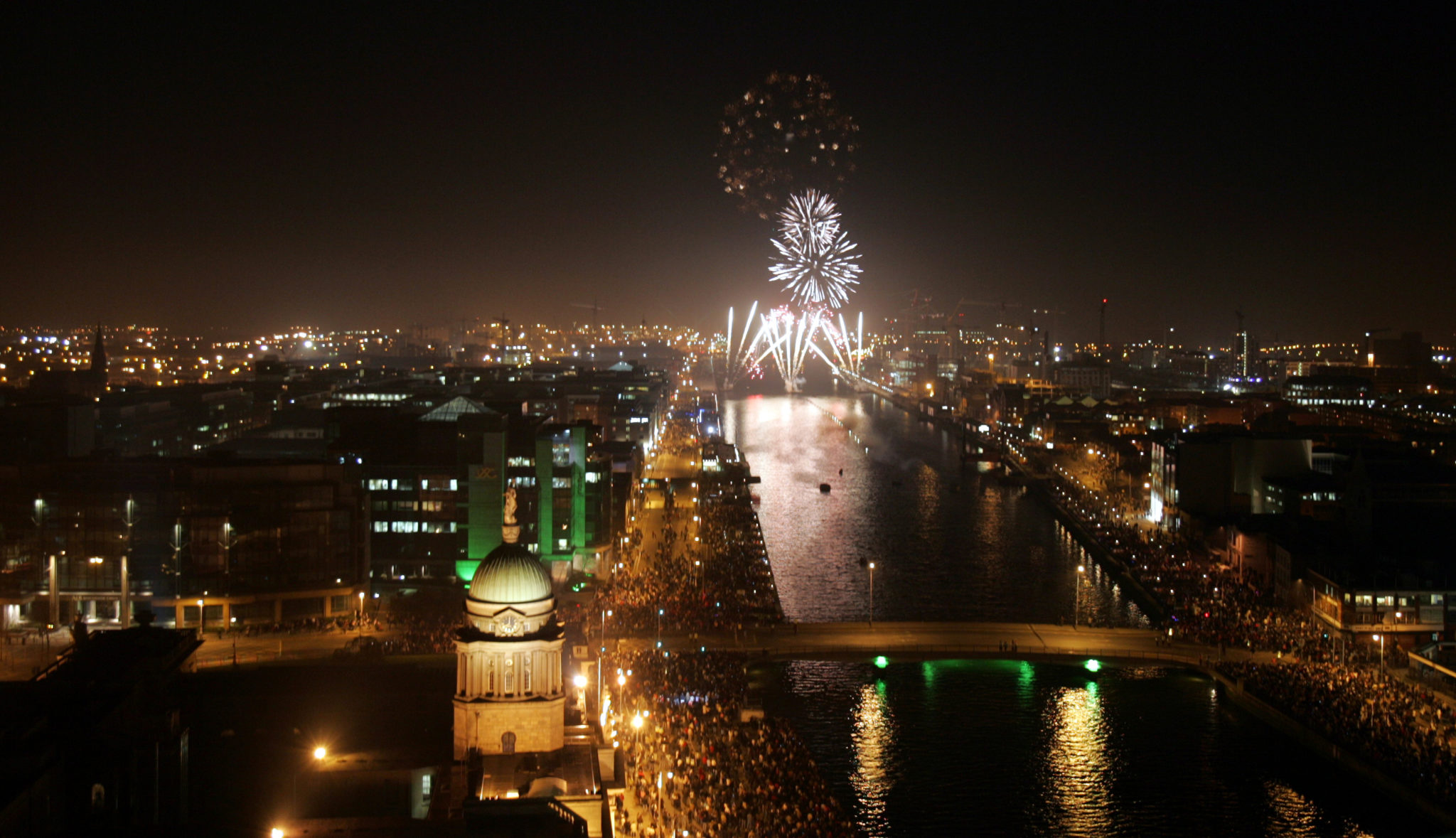 Fireworks explode over the River Liffey and Dublin City Centre with the Customs House on the left, 19-03-2005. Image: RollingNews

Fáilte Ireland said: “Ireland’s tourism and hospitality sector has suffered significantly as a result of COVID-19, with Dublin in particular facing incredibly difficult challenges in recent weeks,” they said.

“Fáilte Ireland’s focus is now on working with Government, industry bodies and tourism businesses on the ground to support them to survive and recover in the months ahead.”

The tourism body said it has now established a Destination Recovery Taskforce in Dublin that brings together tourism stakeholders from across the region to form a co-ordinated and sustained collective response to the crisis.

The taskforce is looking at ways to breathe new life into the city in a “controlled manner that meets public health guidelines while helping businesses to survive.”

It said the taskforce would, “explore opportunities to drive footfall in Dublin during the winter months.”

MEPs Reject Bid To Ban Terms Such As 'Veggie Burger'