Late Night Security At Busáras To Be Increased

Bus Éireann has confirmed it will be increasing security at Busáras in Dublin from this weekend.

Drivers had threatened to withdraw from late night services if security wasn't ramped up.

The National Bus and Rail Union (NBRU) had called for action after an alleged assault on a driver at the central bus station in Dublin last month.

However, the bus company now says they'll have an additional security guard at the station every night, starting this Sunday. 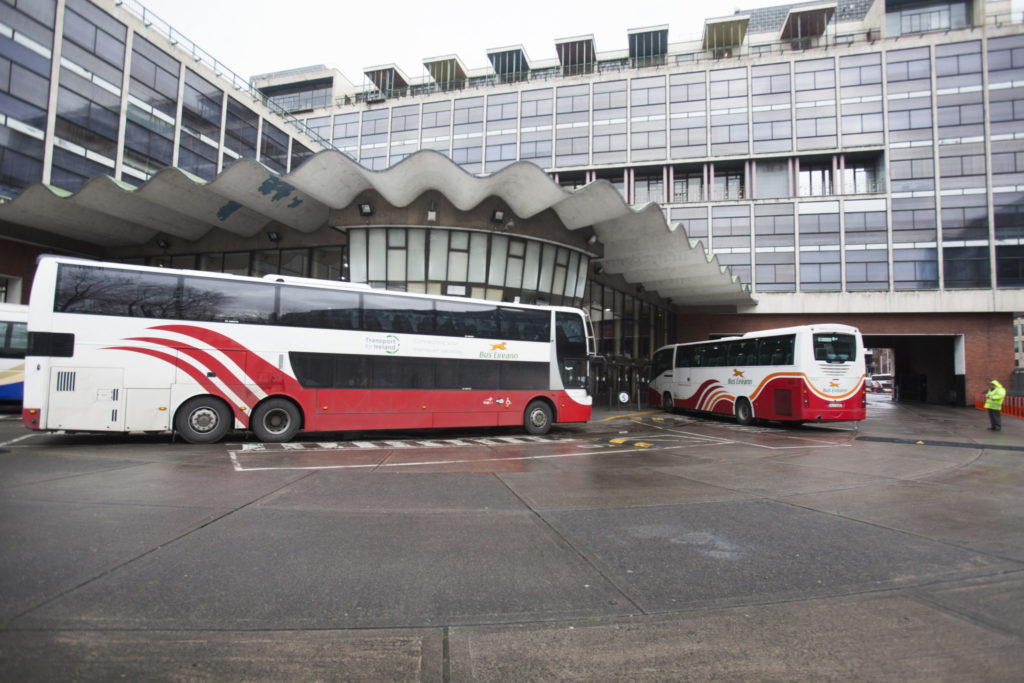 They said in a statement: "We currently have two security personnel present on a 24-7 basis and in addition to this, we will be increasing this to a third security officer on a seven-day week basis between 8pm and midnight."

He confirmed they'd been informed that security is now being increased.

Reacting to the announcement, he observed: "We'll give the company and the security personnel the opportunity to demonstrate that it may work... if it doesn't then the people who work for Bus Éireann [will] make their own decisions.

"The reaction of our members now will be incident led - [based on] whatever incident happens next, depending on how serious it is."