Liverpool Fan Seán Cox To Return To Anfield On Sunday

Liverpool fan Seán Cox is to return to Anfield this weekend.

The father of three from Dunboyne in Co Meath was attacked outside the stadium in April 2018, ahead of Liverpool’s Champions League semi-final against AS Roma.

Seán has spent the past year in treatment and rehabilitation for his life-changing injuries, and has been based at a centre Sheffield since September.

On Sunday, the Cox family will travel to Liverpool for the team's crucial Premier League match against Manchester City.

Seán's wife Martina today told Newstalk it will be a trip that's "emotional and a little bit bittersweet".

She observed: "We're getting him there, and that's a really positive thing for him - I think it will be great for him.

"Liverpool have been amazing, and they've really come on board. Obviously they had the [charity] game in the Aviva... so I reckon they'll be pulling out all the stops for Seán.

"It will give him a boost, I think, on Sunday." 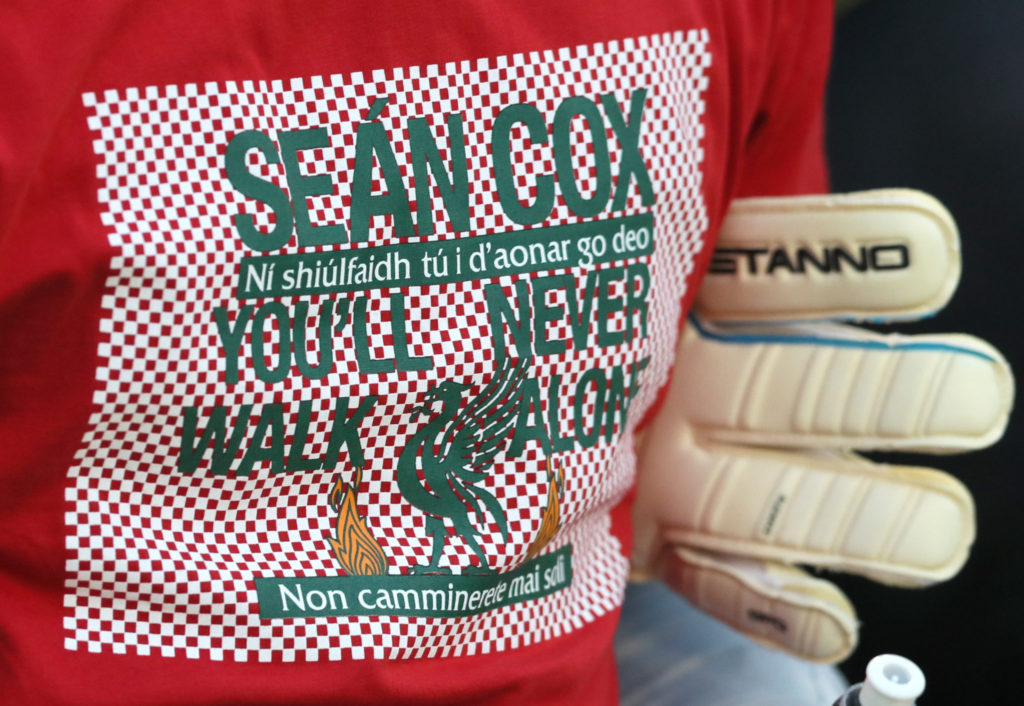 A general view of a warm up top prior to the Sean Cox Fundraising match at The Aviva Stadium, Dublin. Picture by: Brian Lawless/PA Archive/PA Images

In terms of Seán's recent progress, Martina said: "Seán needs a serious amount of rehab, and it's to improve him... for a better quality of life.

"We don't really know the final outcome, how things are going to pan out... but we're there just to make things better for him."

She added: "He's now fully eating and drinking. He has a lot more movement, particularly on his left side, than he did have even from when he's come to Sheffield.

"He's not walking, but they're doing an awful lot more work to get him standing, which is huge."

Main image: Sean Cox in the stands alongside Kenny Dalglish (right) prior to the Sean Cox Fundraising match at The Aviva Stadium, Dublin. Picture by: Brian Lawless/PA Archive/PA Images

Roma Fan Given 3.5 Years In Jail For Attacking Sean Cox