Mr Macron has addressed the nation - as a vigil is held for the devastated building in the French capital.

Around €600 million has already been raised to fund the renovation project.

Mr Macron says it's up to France to come together and change a disaster into an opportunity.

In a TV address, he said: "We will rebuild the cathedral and we will make it even more beautiful.

"I want that to be done within five years, because we can do it." 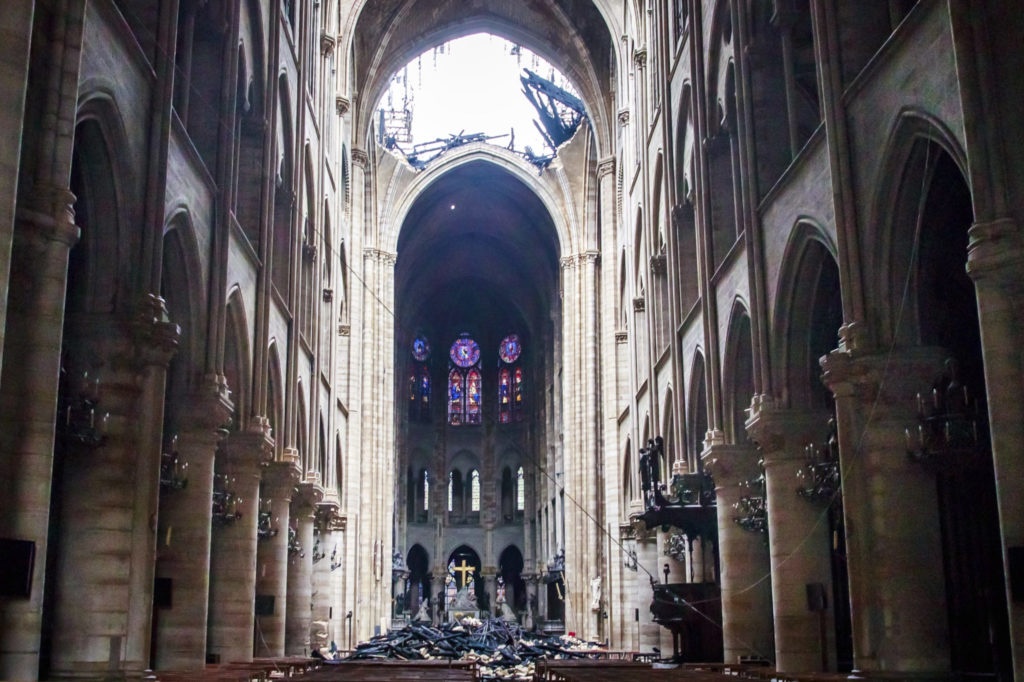 A hole is seen in the dome inside Notre Dame cathedral in Paris, Tuesday, April 16, 2019. Firefighters declared success Tuesday in a more than 12-hour battle to extinguish an inferno engulfing Paris' iconic Notre Dame cathedral that claimed its spire and roof, but spared its bell towers and the purported Crown of Christ. (Christophe Petit Tesson, Pool via AP)

Although much of the cathedral's roof was destroyed, firefighters managed to contain the blaze and stop it spreading to other areas of the historic building.

Most of the cathedral's priceless treasures and artefacts were saved, although work is continuing to determine the full extent of the damage.

While the investigation into the fire is still in its early stages, prosecutors currently believe it began accidentally.

However, officials have warned that the investigation will be "long and complex".

Workers and companies involved in renovation works at Notre Dame are being interviewed as part of efforts to establish what happened.