An owl missing in Co Kildare has been reunited with her owner.

The female European Eagle Owl, named Tank or nicknamed 'Owlington', escaped from her home in Curragh Grange while being fed on Friday.

She was found around a mile from her home in Walshestown earlier today.

The powerful bird has a 6.5-foot wing span and is considered to be the world's largest owl species.

Her owner, Darren Jackson, originally made an appeal on Tuesday - but said she's now back home.

"We got a phone call from somebody who'd seen it on the newspages earlier on... it was just a mile or so around from where we were." 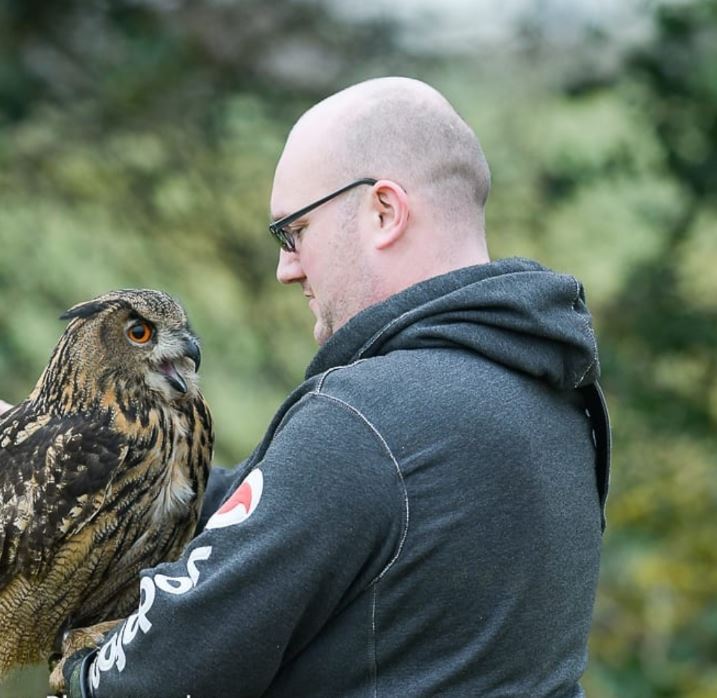 "She let us in on to her land, she pointed out the tree the bird went into and unfortunately it wasn't there when we got there."

"I noticed there was crows acting suspiciously in the far corner, so I went the literal opposite direction - and sure enough there she was sitting on a branch in a tree."

Jackson said she seems fine, but she's not as hungry as he expected as she didn't go straight for her glove.

"Like a stubborn teenager who knew she was going to be grounded she stayed up in the tree and said 'I'm not coming down'.

"What I had to do was kind of pile up some food in the corner for her and stand back a wee bit and give her a chance - and that's pretty much just how we got her".

No Guarantee Construction Will Fully Reopen On April 5th - O'Brien