Vigils Being Organised In Memory Of Ashling Murphy

Vigils are being organised nationwide in memory of Ashling Murphy who was killed while out for a run...

Vigils Being Organised In Memory Of Ashling Murphy

Vigils are being organised nationwide in memory of Ashling Murphy who was killed while out for a run in Tullamore, county Offaly.

The 23-year-old was killed in what Gardaí believe to be a random attack along the Grand Canal between Boland's Lock and Digby's Bridge.

The Justice Minister says what happened to Ashling Murphy is “every woman’s worst nightmare”. Helen McEntee promises the person who caused Ashling’s death will deal with the full rigour of the law @TodayFMNews pic.twitter.com/3SIlpIwPZF

The area is very popular for walkers, and is just a few minutes outside the town. 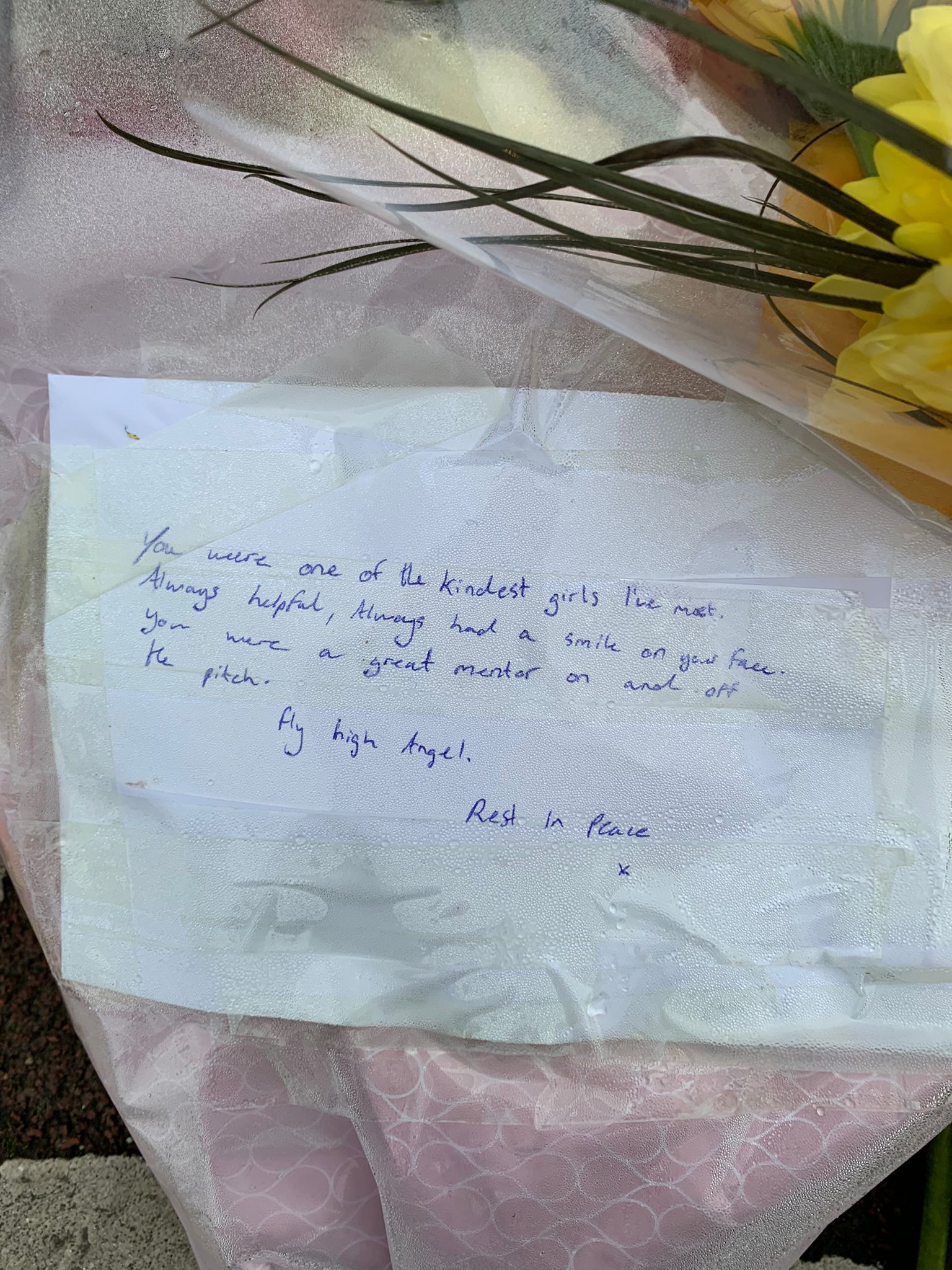 A note on a bouquet of flowers left at the scene where Ashling Murphy was killed, 13-01-2022. Image: Stephen Murphy/Newstalk

Nearby, is a stretch called Fiona's Way and is named after Fiona Pender who went missing 26 years ago.

The Justice Minister Helen McEntee has described the attack as "a woman's worst nightmare."

4pm tomorrow outside the Dáil a vigil will be held in memory of Ashling Murphy. https://t.co/roB28Wasan

A vigil will take place outside the Dáil at 4pm tomorrow in memory of Ashling Murphy.

It's being organised by the National Women's Council of Ireland.

Those going are encouraged to bring flowers and candles.

A vigil is taking place tomorrow (Jan 14th) at 6pm in Arthur's Quay Park #Limerick in memory of Ashling Murphy and all who have died due to men's violence against women. Please wear a mask and bring a candle. Spread the word.#Tullamore #AshlingMurphy #SheWasGoingForaRun https://t.co/UEn033j4uk

A man was being questioned by Gardaí in connection with the attack, but he has since been released and is no longer a suspect in the case. 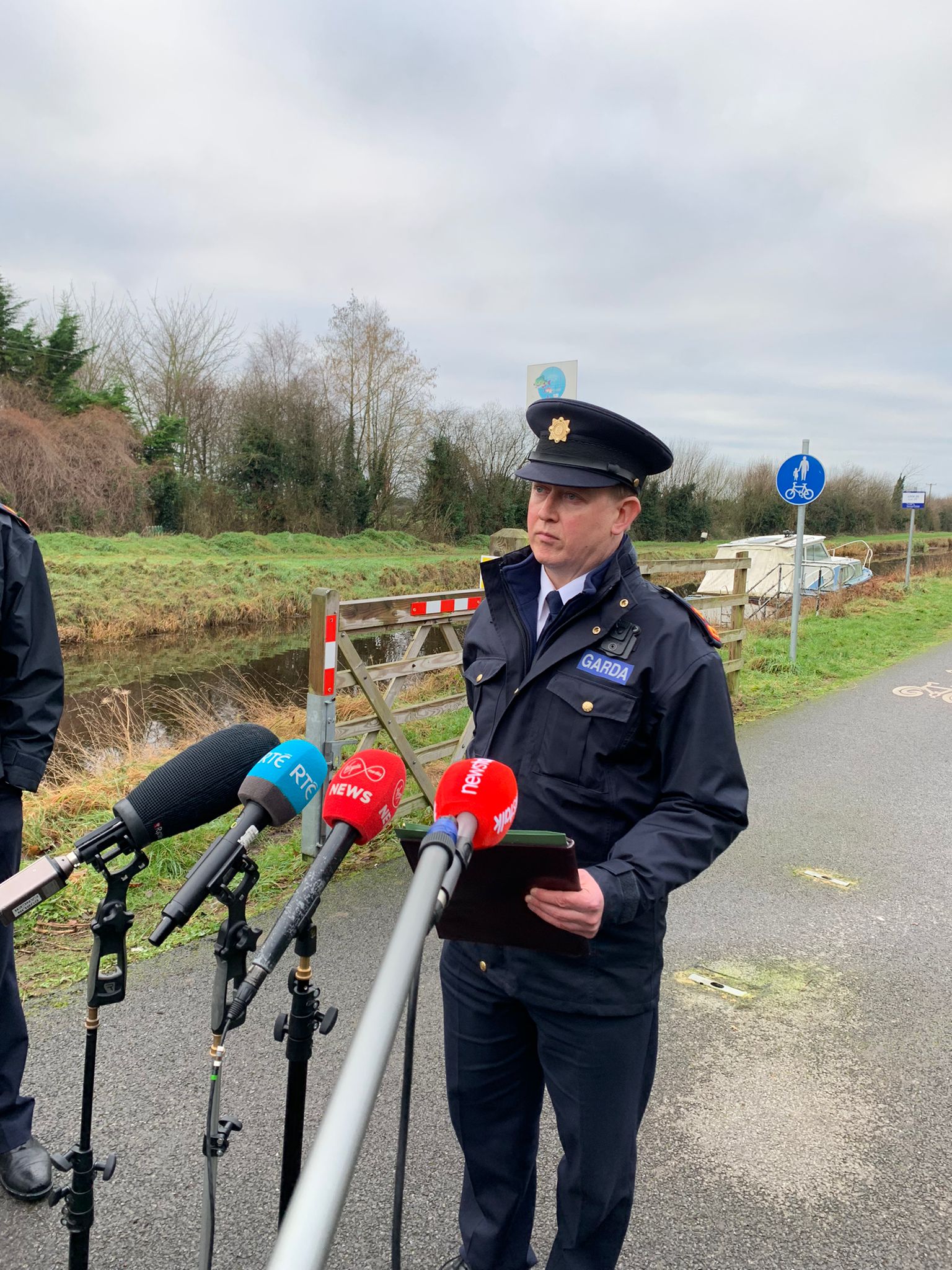 Speaking at the crime scene this morning, Superintendent Eamonn Curley from Tullamore Garda Station said Ashling did not know her killer:

"No stone will be left unturned in bringing the perpetrator of this crime to justice," he said.

"At this stage, there is no information that the victim and her killer were known to each other. From inquiries we have carried out, we believe this crime was committed by one male who acted alone."

Local councillor Declan Harvey says the community is "heartbroken" from the news.

"This just doesn't happen in a place like Tullamore."

Officers are appealing for any person with any information to come forward.

In particular they are appealing to anyone who was in the Cappincur/Canal Walk area of Tullamore before 4.00pm on Wednesday to make contact with them.