"One check up in the doctors can last a lifetime" Back in 2005, Chris Latham went to the doctor with...

"One check up in the doctors can last a lifetime"

Back in 2005, Chris Latham went to the doctor with a sore throat and was told it was tonsillitis. When it failed to clear up he noticed some swelling on his neck but didn't take too much heed - that was until his mates highlighted it whilst watching a game in the pub one evening.

The then 19-year-old went back to his GP and ended up back on more antibiotics before being taken to A&E after his throat swelled to the point where he couldn’t swallow.

After a few days, tests showed that he had Non-Hodgkin’s lymphoma.

Speaking on Dermot and Dave, the 32-year-old says;

when you're nineteen you have this air of invincibility about you

Since finishing the chemo just before his 20th birthday in May 2006, he had scans for the next five years and then after 10 years, didn’t need regular check ups. However, at Christmas, he had a scare.

His symptoms re-appeared and he went to the oncologist immediately, had a scan and thankfully, everything was okay.

That worry far exceeded anything I was going through during chemotherapy

But, this is what Chris is keen to remind people of - don’t put off getting checked!

Latham also chats about the fertility worries he had when starting treatment, how having two children naturally has changed his perspective on life and has a great story about his friend, Ciaran, who hopped on a bus at 4am after a night out from UL and came up to be with him for his first chemo.

He and his wife Marie are getting married at the end of this year, and we wish them all the health and happiness in the future. But things could have been so different if he hadn't act so fast.

This is why we want YOU to be like the thousands of others who will Dare To Care and BE A DANCER FOR CANCER with Today FM this April, and beyond.

On Tuesday, April 30th, we're hosting a NATIONAL DAY OF DANCING and we'd love you to join our team. Get your tickets by clicking here.

Or if that date doesn't suit, you can set up your own event whenever you like. Check out todayfm.com/daretocare

Catch Chris' chat in full by pressing the play button on screen. 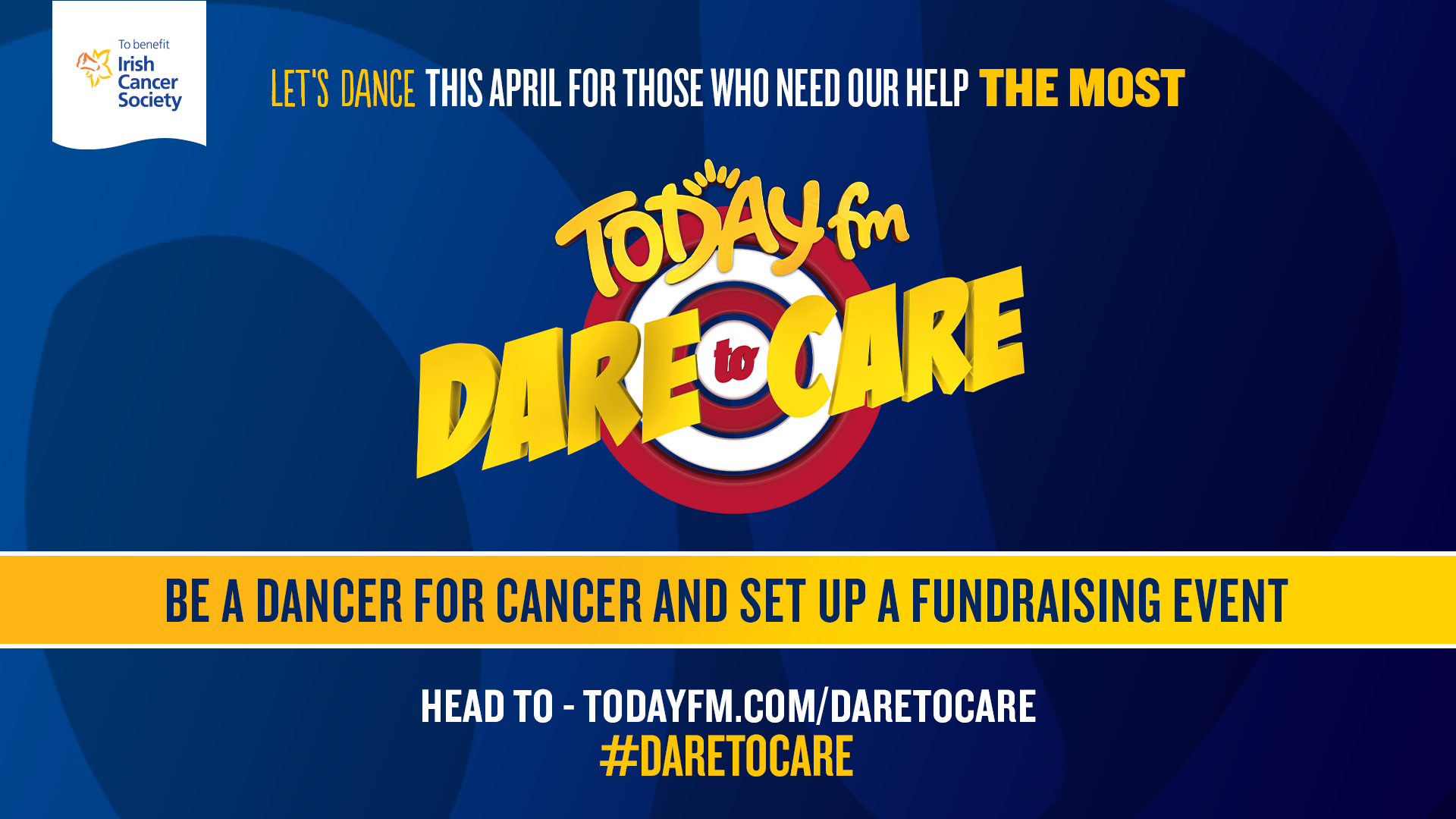 Be A Dancer For Cancer Dare To Care

Paul Howard on His New Kids Book and Cheese-Induced Nightmares

Paul Howard on His New Kids Book and Cheese-Induced Nightmares