John Giles is a staple of Thursday night's on Off the Ball, and tonight we asked him to choose his b...

John Giles is a staple of Thursday night's on Off the Ball, and tonight we asked him to choose his best-ever Liverpool eleven.

Bill Shankly is a manager Giles had a lot of time for, and he told Nathan Murphy why it was the little things that made him such a commanding figure.

"He was a football nut, and a great football nut. He believed in his team and his players. Apparently he used to watch the players coming in at Anfield [from opposing teams].

"He'd be straight into the Liverpool dressing room and saying 'I watched those lads coming in, they must've been on the drink last night, they look terrible, awful, you're going to kill them!' And they did most of the time..."

The former Manchester United, Leeds United, and Republic of Ireland man has seen plenty of football over the decades, and he has opted for a 4-3-3 formation for this one:

The former Liverpool and Spurs man was a solid figure between the sticks for the Merseysiders' throughout the 1970s.

Clemence was capped 61 times by England, and joined a Liverpool team managed by Bill Shankly, with a fee of £18,000 paid to Scunthorpe for his services.

"He was a very steady goalkeeper, didn't give anything away. He wasn't expected to play out from the back [like 'keepers today], he was very steady... he just got on with the job", says Giles.

Smith committed sixteen years of his club playing career to the Reds, lining out for Liverpool between 1962 and 1978.

Bill Shankly once said of the defender, "Tommy Smith wasn't born, he was quarried". Smith sadly passed away in April of last year at the age of 74, and Giles says Smith is well deserving of his place in this team.

"Normally he was a central defender but he did play for a while at full-back and was very good.

"He was a hard man. When we were in the dressing room before a match we used to hear'don't upset Mad Tom!'

"But he could really play, a terrific passer of the ball, and he gave great service to Liverpool." 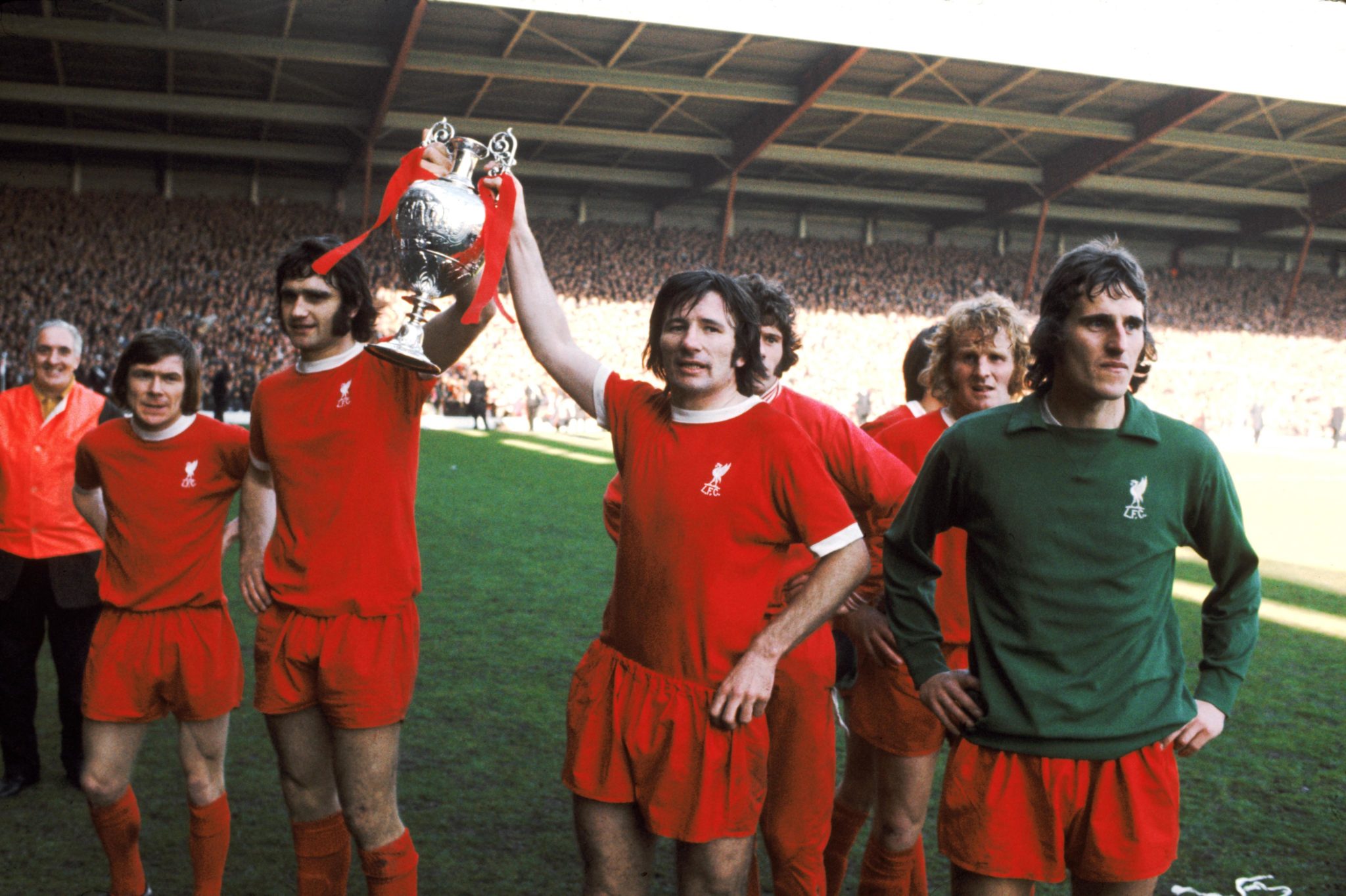 The big Dutchman has been crucial in Liverpool's push for the Premier League title, postponed as things stand due to the outbreak of COVID-19.

On Van Dijk, Giles says he would have stepped in straight away to any previous Liverpool side.

"He could play in any era... what he's done for Liverpool so far has been a major influence on their present success.

You might win nothing with kids, but Hansen won plenty in his time lining out for Liverpool, during a remarkably successful period for the club.

"Hansen was terrific", says Giles. "He was as skilful as any central defender I've ever seen, and deceptively quick.

"He read the game very well, he was one of the great defenders."

Giles says of the young Scot "I think he's a terrific lad, actually he'd be my Player of the Year this year.

"Of the left-backs I saw or played against for Liverpool, he'd be up there with any of them. He's very good going forward and can defend as well." 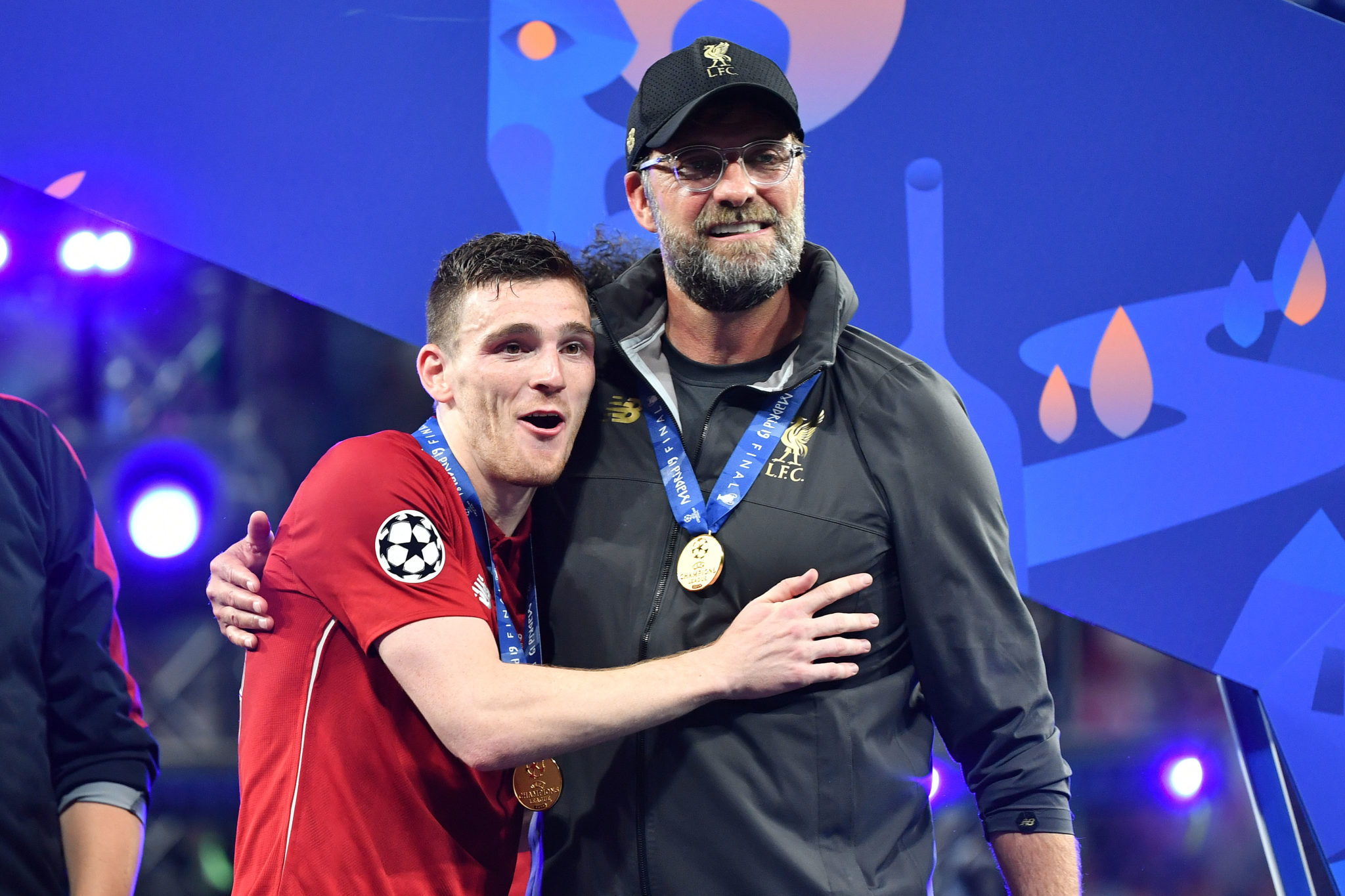 "I don't think he was ever a general, he was a top-class goalscorer [though], and one of the best-ever finishers I've seen on a football pitch.

"I never saw anyone score such dramatic and important goals for a team, he could change a game.

"He was honest in his efforts", says Giles of the former Liverpool skipper. "He got on with the game, there were times he could disappear for a little while, but the goalscoring alone makes him a great for Liverpool."

Giles added that Gerrard and Frank Lampard rarely worked together for England, as neither were midfield generals. However, he acknowledged that Gerrard's record in front of goal merits his inclusion.

"Graeme would be chalk and cheese to Gerrard, because Graeme actually controlled the game from the middle of the field.

"He could actually link it back to front and was always in a position to receive it from the defenders.

"He could see a good pass, got into a bit of trouble with his tackling over the years, but a terrific player."

Barnes was Footballer of the Year in 1988, and Giles was full of praise for the Englishman.

"I thought Barnes was terrific, he played on the left wing but he could come inside, go past people, good finish as well.

"He was strong enough, he had the physical courage to do it, Barnes was a top-notcher in my opinion." 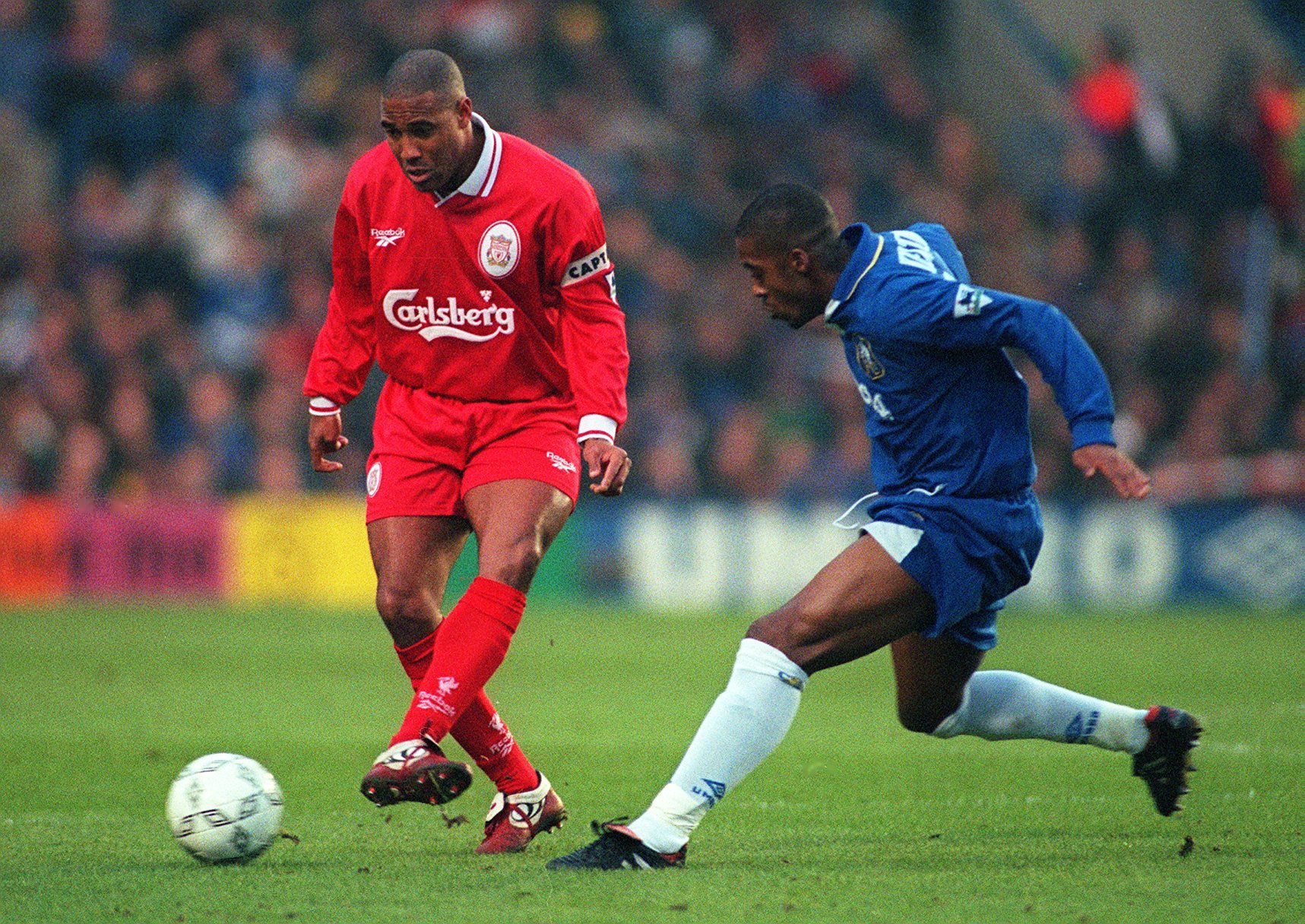 John Barnes, Liverpool gets the ball away from Eddie Newton, Chelsea

One-hundred and sixty-nine goals were scored by Dalglish over the course of his Anfield career, and Giles said that was just one aspect that made him a great.

"If any of the kids today get a chance, watch Dalglish. Always taking up the right position in relation to the ball.

"He wasn't particularly quick but always had space, his technique was brilliant as you'd expect for a top-class player.

"He made as many goals for Ian Rush as he scored himself, a terrific player and real all-round footballer."

Rush hit the net 346 times for Liverpool, and as a result Giles said he couldn't be left out of this side.

"He was exceptionally quick, a great goalscorer as we know... he worked really hard and turned out to be a great player.

"A real worker when they didn't have the ball... Rush was brilliant and quick as lightning."

"Liverpool had won nothing for a long, long time, and Keegan came in from nowhere... [by the] second season he was a superstar.

"He believed in himself, he had the will to do it, a naturally gifted guy. Liverpool didn't win anything for six seasons, he came in and transformed them.

"He turned out to be one of the best players in the world."