Leinster's Furlong, Cronin and Ringrose up for European Player Of The Year

Three Leinster players are in the running for the EPRC European Player of the Year award.

Cronin, who has six tries in eight games in the Heineken Champions Cup this season, is a doubt for next month's final after suffering a calf injury in Sunday's win over Toulouse.

The Leinster trio will be hoping to emulate their teammates Sean O’Brien (2011) and Rob Kearney (2012) in claiming the Anthony Foley Memorial Trophy.

Voting is now underway and the winner will be announced after the Champions Cup decider at St James' Park on May the 11th. 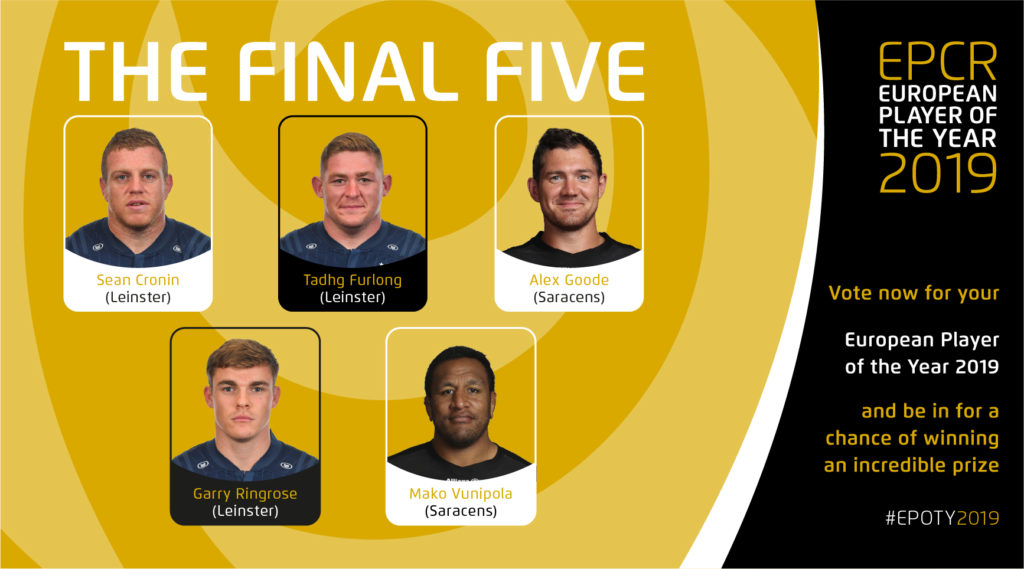