Restoring pride in Down and learning from "brilliant" Boylan | Marty Clarke

Former Down star Marty Clarke says he got involved with their under-20 management team to try help r...

Restoring pride in Down and learning from "brilliant" Boylan | Marty Clarke

Former Down star Marty Clarke says he got involved with their under-20 management team to try help restore pride in the county.

The All-Star forward was a key cog in the Mourne County team which reached the 2010 All-Ireland final in between his two stints in the AFL in Collingwood.

An Addison's disease diagnosis at the age of 26 would ultimately lead to the An Ríocht clubman being forced to retire from sport before his 30th birthday.

"It was a brilliant project to be involved in," Clarke told Eoin Sheahan on Off The Ball when asked about coaching Down's Ulster Championship winning under-20s this summer.

"Conor Lavery was a very smart footballer but he's a magnificent coach as well. He has a great passion for Down football so when I got the call from Conor, I was just delighted to be asked.

"To get involved with your own county at any level is exciting. We had Sean Boylan come on board as well, he's a friend of Conor's and someone I worked with previously, it just added that extra dimension to it.

"Down haven't won an Ulster Senior Football title since 1994 and that needs to be the ultimate goal. Of course, that doesn't just happen overnight and it needs to be a mind-set for players that every day is 100% effort.

"We had a really skilful, highly athletic group of players with the 20s and we really wanted to utilise those two aspects of the team. We wanted to create really high training standards within the group, test them physically and mentally, and go about in being consistent in how we wanted to play.

"We wanted to give Down football a little bit of respect back that had been lost. Thankfully the management team and players gelled well and ultimately we got that Ulster title." 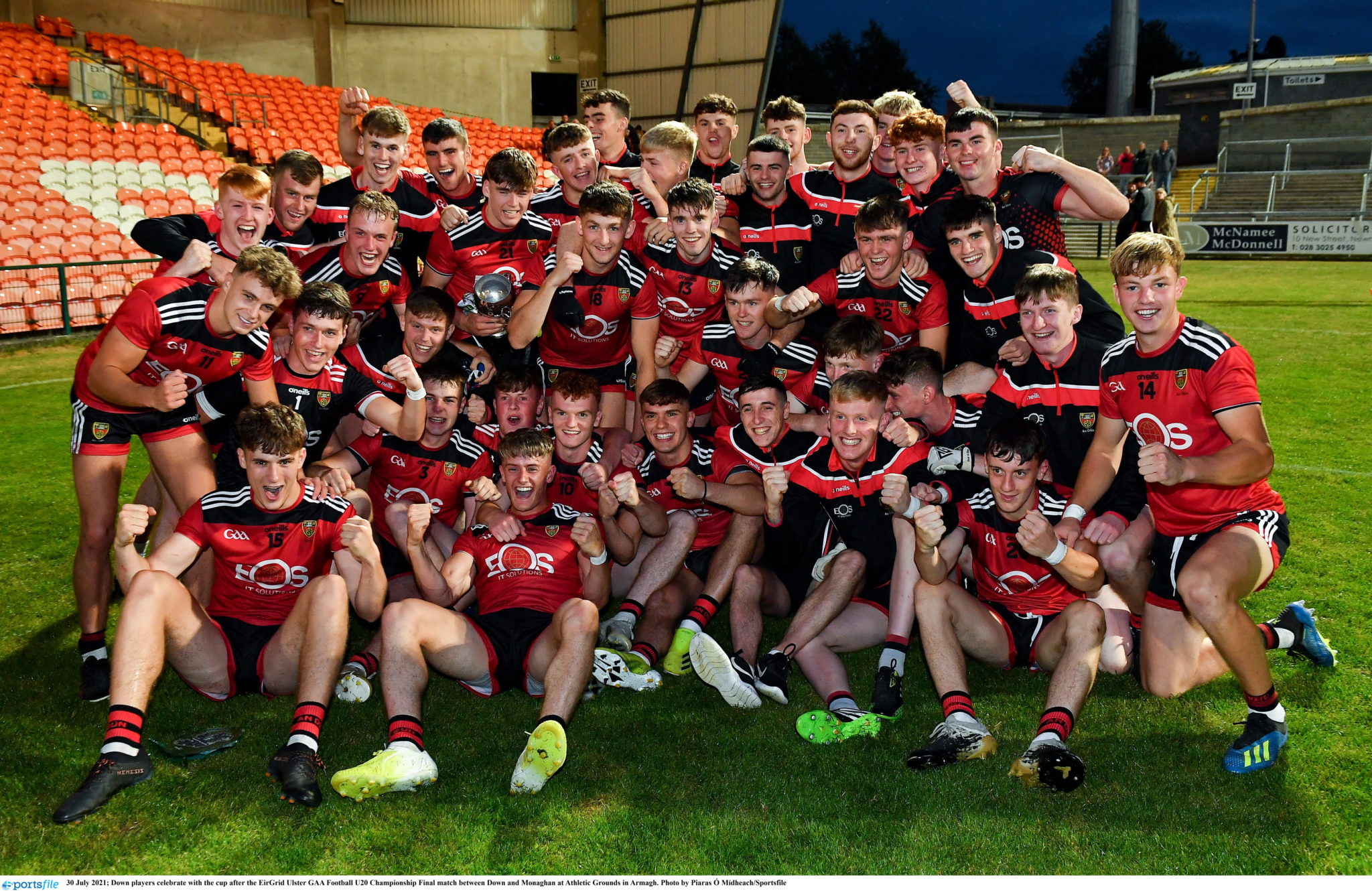 Clarke had previously played under Sean Boylan with the Irish international rules team and he says the former All-Ireland winning Meath boss was a big addition to Down's under-20 management setup.

"Sean was brilliant, he just knows exactly what to do and say in any circumstance. If things were a bit low-key, he was able to come in on a motivational aspect. If Conor or I were hyping a session up a bit too much, Sean would be able to calm things down as well.

"He knew when not to put too much pressure on young lads, because that could make them apprehensive. It was nothing ground-breaking but he was great in knowing when to give advice and in how he delivered it. We all learned a lot from him.

"Just to have his presence there was very important for the whole group. He sees the game differently and he also showed his commitment in travelling from Meath. It was such an enjoyable time with this group that you didn't even have to think about the time and energy which you were giving to it.

"It was a pleasure to work alongside all of the guys [on the management team] but it was especially so with Conor and Sean in particular." 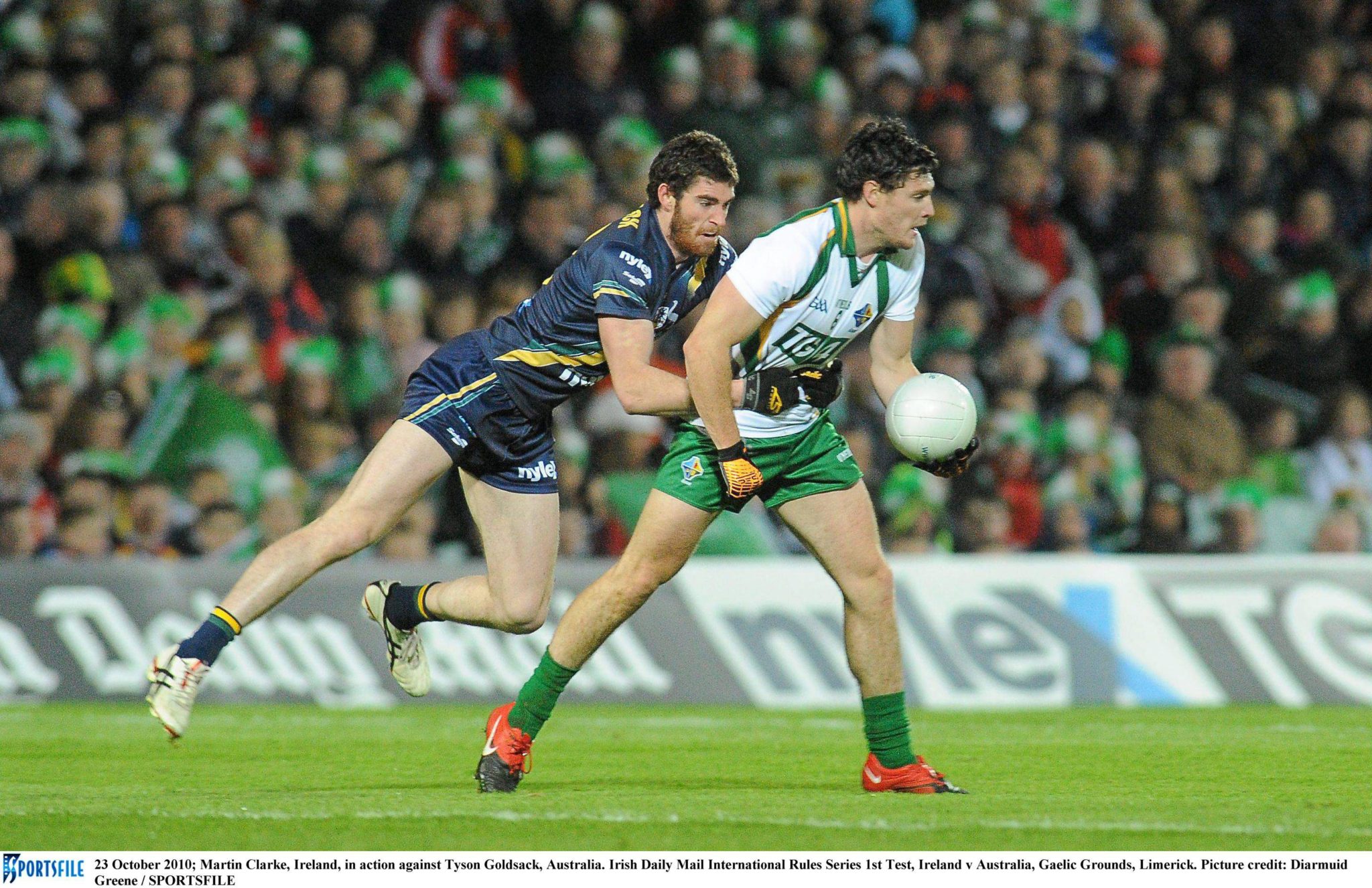 Adapting to life 'Down Under'

Clarke represented both the Down minor and under-21 teams in the summer of 2005, while also catching the eye of AFL scouts in the MacRory Cup Schools final in the same year.

He would ultimately agree to sign a contract with Collingwood to join them as an international rookie and Clarke admits he needed to change his approach to training on arriving in Australia.

"I wasn't the hardest worker on the Down underage teams. I loved doing everything to do with the ball but the gym wasn't as much of a thing for 18 or 19 year-olds back then. Any spare time I had, I was using to hone my skills and to improve my left foot.

"When I got to Australia, I was put back to earth because I was at the bottom of the list of AFL talents over there. I had to grind and graft at every session in order to show something.

Clarke would go on to play 79 times in the AFL during his six years playing Australian Rules, and he says the support network offered by the club helped him to settle.

"I was supported particularly well, most kids who go over from Ireland enjoy the training, they enjoy getting up a professional environment. 'That side is what we're there for but it's the time away from the club which can be hard.

"Those long weekends when your teammates are going back to their families and you're going back to an empty house. I was very lucky that I was living with the family of an employee of the club which helped me to integrate into Australian society.

"My teammates were so good to me and there was a network of development coaches around me which allowed me to just focus on getting to the first-team and staying in the team.

"The challenge of going over there and living alone for the first time can sometimes prove too much for some young players."