Sportswear brand Umbro have made an official apology for their newly designed Linfield kit which has been likened to the flag of the Ulster Volunteer Force.

The new away kit (main pic: Twitter @OfficialBlues) for the 2020/21 season was widely criticised after its release last week due to the similarity in its colour scheme with that of the UVF flag.

The loyalist paramilitary group was responsible for more than 500 deaths during the decades of conflict in Northern Ireland.

The sportswear brand, which is nearly 100 years old and based in Manchester, released a statement explaining that the NIFL Premiership club guided them when designing the shirt.

"At Umbro we believe in the unifying and democratic power of football," reads the statement.

"This is why we are opposed to all forms of discrimination, discriminatory behaviour and violence.

"Kit designs are a collaborative process and this kit was based purely on guidance from the club."

The company apologised and say they will not help to promote the new kit.

"We apologise unreservedly for any offence we have unintentionally been party to," adds the statement.

"Furthermore there will be no promotion of this product on any Umbro channels." 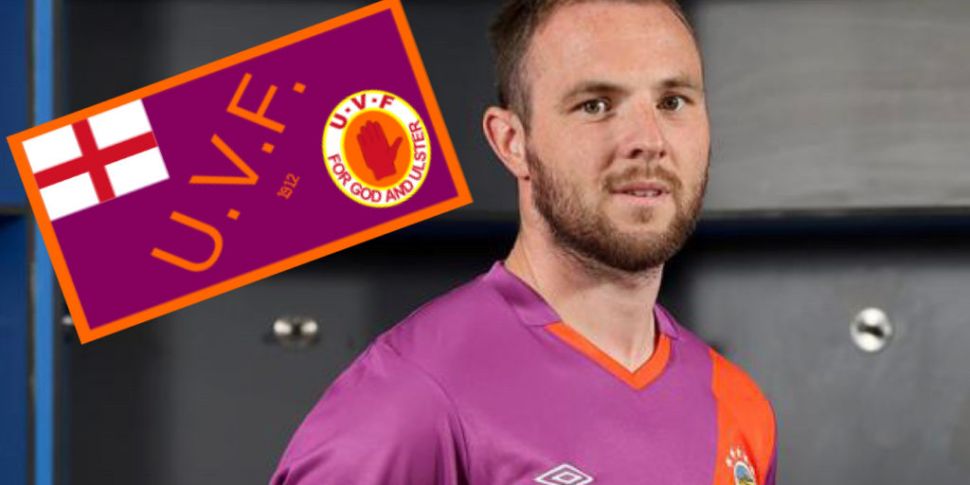 Last Friday the club issued their own statement to say that any similarities between the new kit and the UVF flag were "totally coincidental".

"Earlier this week Linfield FC revealed images of the club's new Away kit for the 2020/21 season," read the statement.

"The design has met with approval from large numbers of supporters but unfortunately and sadly, there have been certain suggestions from a small number from outside the club which this club can not ignore.

"For the avoidance of all doubt, the design is of a football kit for a football club and any similarity / likeness / resemblance with any other design used by any other entity is totally coincidental and entirely unintentional.

"Any allegation or inference to the contrary is robustly and vigorously rejected by this club which prides itself on being inclusive, open to all and representative of all.

"Linfield FC is totally opposed to all forms of bigotry, prejudice, violence and discrimination."

The club has yet to comment on this latest announcement by Umbro.