Are Siblings Better At Mortifying You Than Toddlers?

It's a close call!

On today’s show, Jen got in touch, saying she had been waiting for me to return to work so she could tell me something that happened to her a couple of weeks ago. Any message that begins with “I was saving this for you…” has to be good!

“Morning Paula, I was waiting for you to come back to tell you what happened me a couple of weeks ago. I had to fly around Tesco and hubby said he would wait in the car seeing as I wouldn't be long. A few minutes later and armed with 3 bags, I ran across the road and pulled the boot open, throwing all the shopping in. Then I heard, howiyah love? And I was so confused to see a man getting out of the front seat. I saw a load of tools in the boot and asked, what’s all this? And he asked me again if I was okay… then I heard my husband roaring laughing, parked a few cars down. Everyone was in knots laughing while I was trying to grab all my shopping shouting sorry sorry sorry!”

Poor Jen - but at least was an honest mistake. I know I couldn’t be the only one whose siblings used to orchestrate for that to happen on purpose? Being the youngest was a scourge because you would always be on the receiving end of the pranks. My brother used to always park the car, make me run into the shop and when I’d come out, he would be parked somewhere else. One day, by horrible coincidence, the exact same colour and make of car parked up where he had been and in I hopped. I’m ashamed to say I ratted him out and he got in trouble that day. Heh.

And just when you’re old enough for your siblings to stop picking on you… your toddler starts: 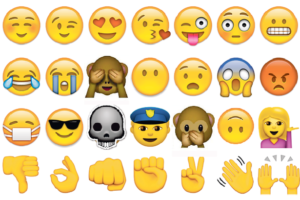 It's Never To Late To Learn A New Skill

The Irish Are The Least Irritable People In The World

Phrases That Make No Sense

These Kids Have The Most Savage Observations