Being Irish, it's very likely that if your name is Niamh, Sarah, Conor or Jack there was at least on...

Being Irish, it's very likely that if your name is Niamh, Sarah, Conor or Jack there was at least one other person in your class with the same name.

But what happens when you share your name with a dog?

Funnily enough, photos posted to Twitter show exactly what happens in this instance.

A woman called Jennay received messages from a woman she had met ONCE about her dog's name.

It all started out very placid and Jennay was confused as to why the woman had been in touch saying:

"Hey Jennay, it's [redacted]. I'm [redacted's] wife, we met at Kolby and Blake's christening. I'm pregnant again and that's why I'm messaging you!"

Jennay congratulated the woman and went on to ask why she was messaging her. That's when things took a turn for the worst.

The reason? Jennay's dog's name is Tilly and the woman in question was planning on calling her unborn daughter the same name.

The pregnant woman then went on the demand Jennay change the dog's name because "obviously she can't have the same name as a dog."

When Jennay refused to entertain the idea things went very sour very quickly, with the woman telling Jennay she  was "a piece of work and [doesn't] deserve [her] good family."

She even claimed that she was ruining her baby's future and her confidence.

Feast your eyes on the messages below: 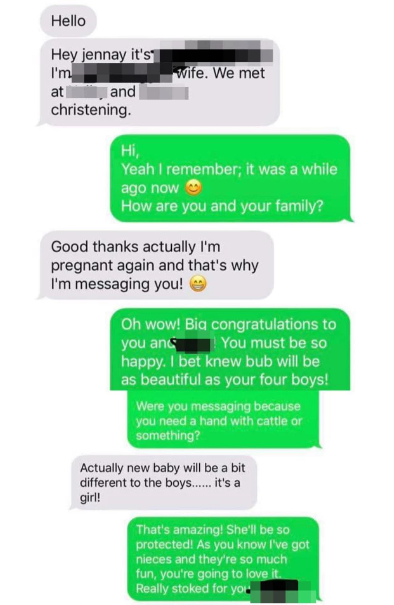 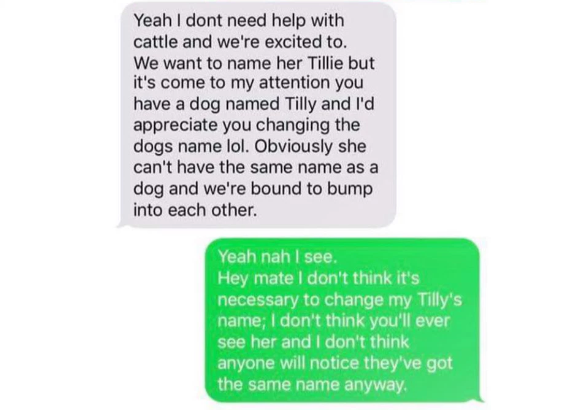 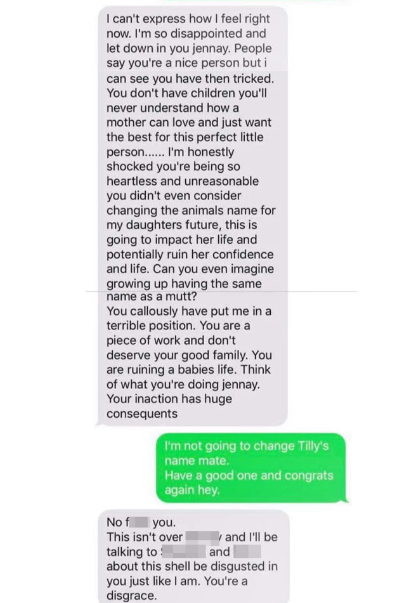