Tens of thousands of people are attending the Dublin Pride Parade and other festival events today.

The main parade started at O'Connell Street at 1 o'clock, before making its way on to Eden Quay and Liberty Hall.

It's been held since 1983, when the the first big march for gay rights took place in Ireland.

Today, thousands of LGBT people are participating in the parade - with huge crowds lining the streets of the capital. 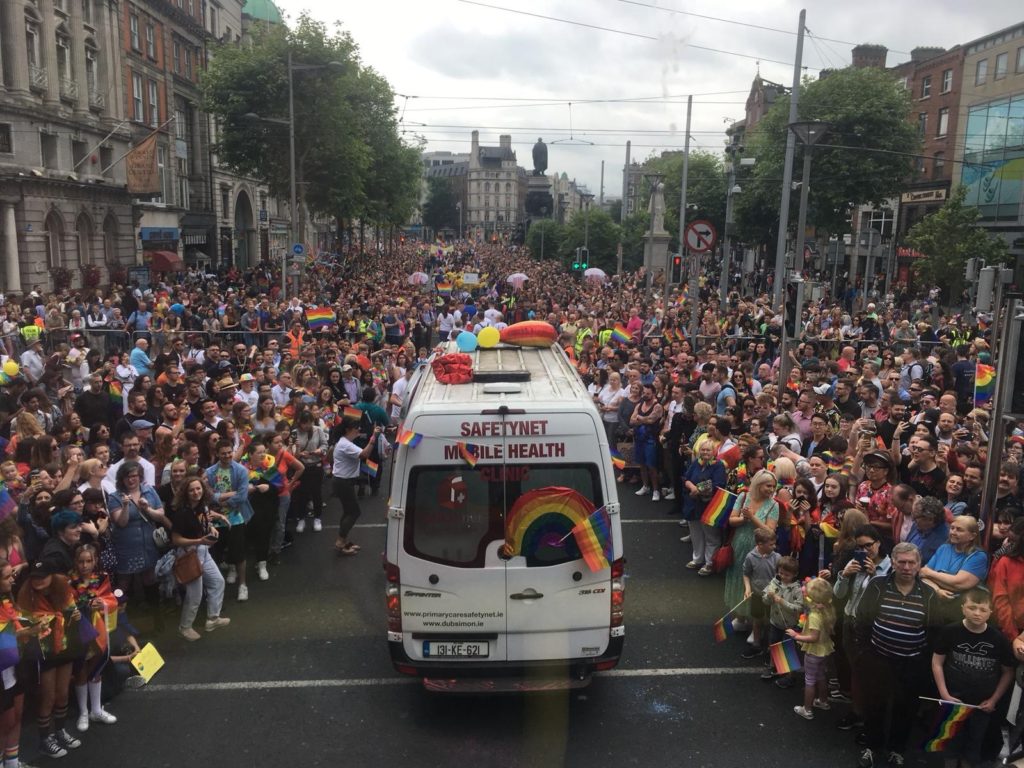 Queen of Ireland Panti Bliss is hosting a Dublin Bus Pride party as part of the parade.

Meanwhile, the Samaritans says it will be helping people who need emotional support during Pride.

The Irish Association for Counselling and Psychotherapy is also offering guidance to people during Pride.