Abuse On The Street Is 'Unfortunately Part Of The Gig' - Varadkar

Getting abused on the street is ‘just part of the gig’ in political life, according to the Tánaiste....

Abuse On The Street Is 'Unfortunately Part Of The Gig' - Varadkar

Getting abused on the street is ‘just part of the gig’ in political life, according to the Tánaiste.

Leo Varadkar was speaking after a video posted to social media showed a man shouting abuse at him from a van while he was out running along the Dublin Quays.

The Tánaiste continues to run in the video, responding only ‘have a good day’ before continuing on his way. 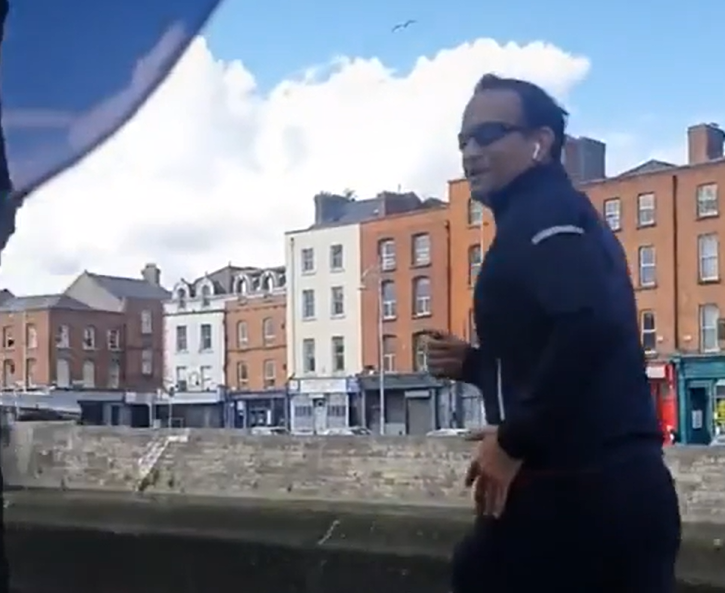 A still from the video of the Tánaiste getting abused on the street in Dublin City Centre.

The people in the van can then be heard laughing.

He said there was nothing unusual about it - noting that abuse is "unfortunately a sad part of politics and public life at the moment".

"A week wouldn’t go by when somebody doesn’t hurl abuse at you in the street," he said.

"It doesn’t always get on video. Thankfully, the vast majority of people who come up to you or approach you in the street or publicly are very kind, very polite and very complimentary.

"One-in-ten are going to give you abuse and I kind of accept it as part of political life. Maybe I shouldn’t but I do."

Asked whether more could be done to dissuade that type of behaviour he said: "look you are probably right, but after 11 years of it I do [accept it as part of public life].

"Maybe I shouldn’t but it is just part of the gig, unfortunately. It shouldn’t be maybe."