The British prime minister has suffered another setback in the Commons this evening.

MPs voted by a majority of 14 against Boris Johnson's timetable of three days to debate his Brexit deal.

They had initially backed moving the legislation to the next stage in the parliamentary process by a comfortable margin of 30.

However, that win for Mr Johnson was swiftly followed by the latest complication.

Following the defeat, the prime minister said his government would step up no deal preparations and pause the legislation. 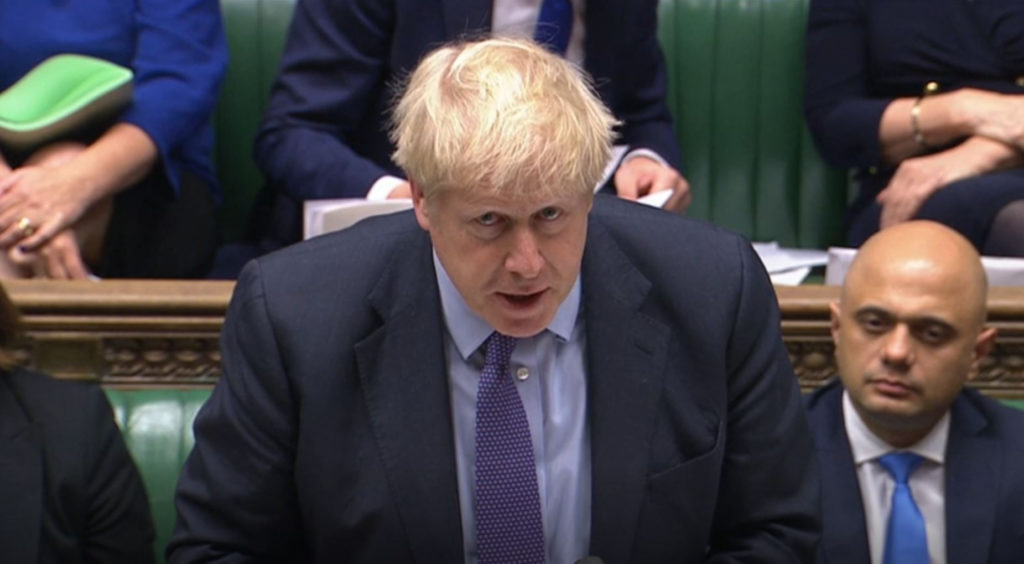 Prime Minister Boris Johnson speaking in the House of Commons, London during the debate for the European Union (Withdrawal Agreement) Bill: Second Reading. Image: House of Commons via PA Images

He also said he'd speak to EU leaders and wait to move forward with the legislation until they've made a decision on a Brexit extension.

Opposition leader Jeremy Corbyn, meanwhile, said he was offering the prime minister a chance to work with all MPs to agree a "reasonable timetable".

He argued: "I suspect this House will vote to debate, scrutinise and I hope amend the detail of this bill... that would be the sensible way forward."

The British government had wanted to get the legislation through parliament over three days - but opposition MPs argued that wouldn't be enough time to properly examine and debate it.

Reacting to the vote, Taoiseach Leo Varadkar welcomed the first vote in favour of moving the legislation along.

He added: "We will now await further developments from London and Brussels about next steps including timetable for the legislation and the need for an extension."

In a tweet he said: "Following PM Boris Johnson’s decision to pause the process of ratification of the Withdrawal Agreement, and in order to avoid a no-deal Brexit, I will recommend the EU27 accept the UK request for an extension. For this I will propose a written procedure."

Flags and an umbrella are tied to railings opposite Britain's parliament buildings in London. Picture by: Kirsty Wigglesworth/AP/Press Association Images