Pressure mounted on him after it was revealed he received a drink-drive ban four years ago.

He apologised for the incident but later strongly denied allegations that he tried to evade Gardaí at the time - and sought to have the Garda Pulse record corrected.

Earlier today, the Dáil voted down a proposal to have him address questions on the ban.

But tonight Taoiseach Micheál Martin announced he was sacking him.

He told the Dáil: "The President on my advice this evening terminated the appointment of Deputy Barry Cowen as a  member of the Government.

"Pursuant to Section 41 of the Ministers and Secretaries Amendment Act 1946, I've assigned the Department of Agriculture Food and the Marine to myself.

"And I will propose the appointment of a new member of the Government tomorrow if the House can facilitate it.

"This is a very sad day for Barry, his family and for me". 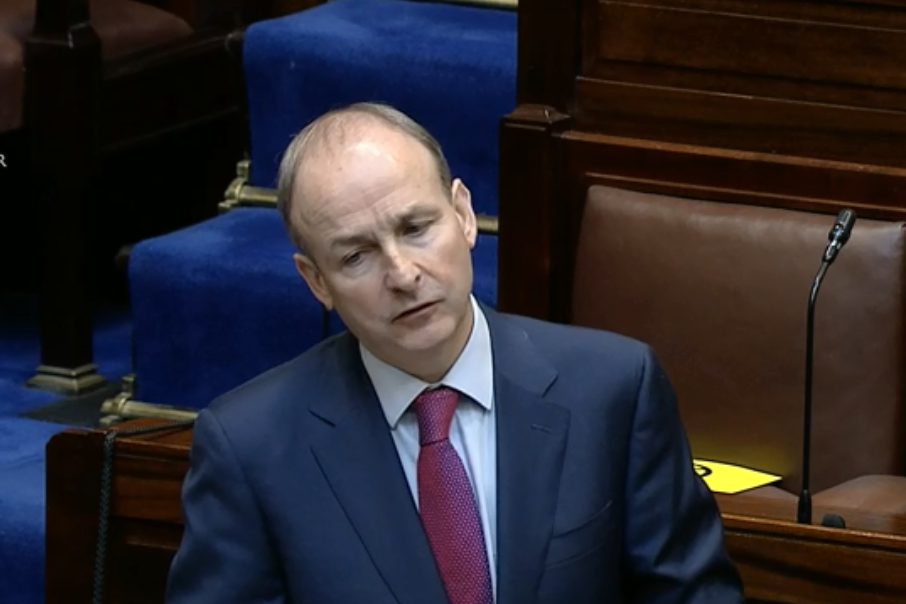 He added: "Over the course of the last 10 days he has the subject of significant criticism and condemnation for a road traffic offence that took place in 2016.

"He has been completely clear and unambiguous regarding his drink-driving offence - he gave a personal statement to this House on July 7th, in which he talked about the stupidity of his actions, he accepted what he did was absolutely wrong and he apologised to all members.

"I accepted that his remorse was genuine and I accepted his apology.

"When he was first confronted with the allegations, Minister Cowen was immediately clear and emphatic about this drink-driving offence and understood the need to acknowledge this.

"However he was equally clear and emphatic that one detail of the allegation he was being presented with was completely untrue - namely that he sought to evade Gardaí at the time.

"We've had extensive discussions on this point last evening and again this morning, when he shared with me for the first time the actual Garda record under dispute.

"Following these discussions and having seen the Garda report this morning, it was my view that it raised additional issues requiring further explanation and clarification."

"He has decided that he's not prepared to address this allegation publicly, and will not make any further statement or answer any questions on this issue in this House.

"This decision has created a situation where legitimate doubts and additional questions are being raised and Government colleagues are expected to address these.

"This is simply untenable".

He said Minister Cowen had an obligation to come before the House, and that this issue is "damaging to the ongoing work of Government".

Meanwhile Mr Cowen has hit out at the Taoiseach's decision, saying it has undermined his entitlement to fair process in the investigation about the leaking of his file.

He said he was surprised and disappointed with the decision to remove him as minister.

He also queried why the Taoiseach backed him in the Dáil this afternoon, but changed his mind this evening.

And he said the report into his offence was leaked in contravention to his personal rights as a citizen.

(1) The Taoiseach informed me this evening by phone that he was removing me from office as Minister for Agriculture.
I am both surprised and disappointed with this decision.

Taoiseach 'Disappointed' He Only Learned Of Minister's Driving Ban Yesterday