Brexit is now official, with the UK formally leaving the EU at 11 pm tonight.

Celebrations and protests have been held across the UK to mark the country's exit from the bloc after 47 years of membership.

An 11-month 'transition period' is now underway to allow for trade talks between both sides.

British Prime Minister Boris Johnson addressed the UK in a video an hour before the UK formally left the EU.

He described Brexit as "not an end, but a beginning".

Tonight we are leaving the European Union. pic.twitter.com/CboWQzYRM4

In Brussels, the Union Jack flag was removed from flagpoles in EU buildings ahead of the UK's departure. 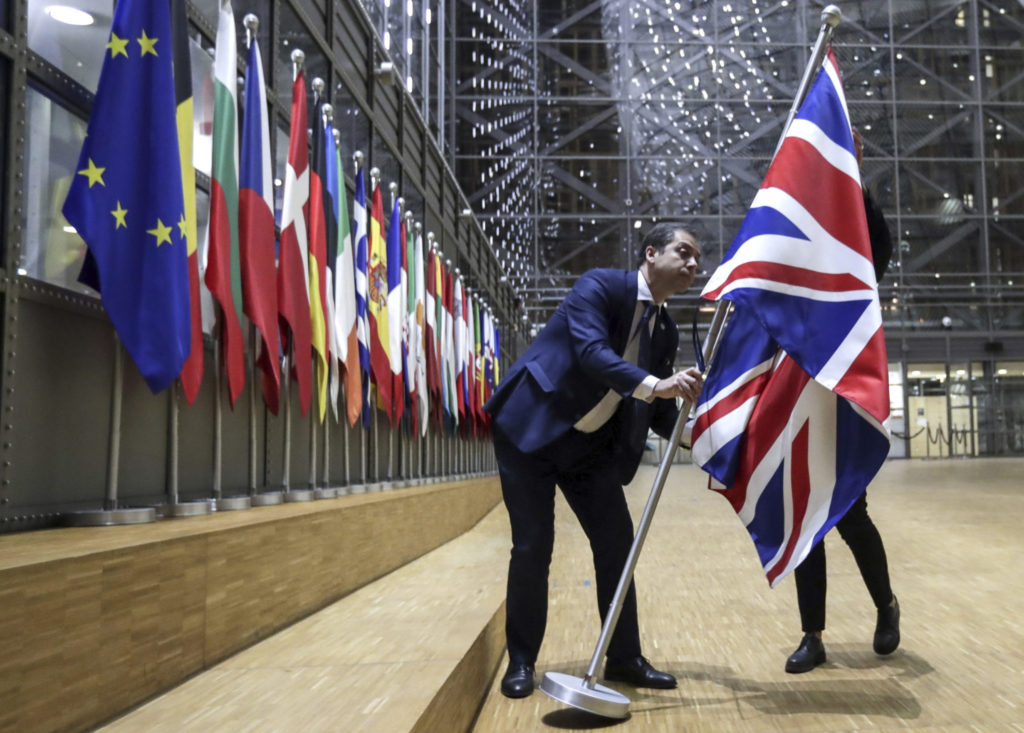 A member of protocol removes the Union flag from the atrium of the Europa building in Brussels, Friday, Jan. 31, 2020.  (Olivier Hoslet, Pool Photo via AP)

Thousands of Brexit supporters gathered at Parliament Square in London to celebrate as the clock ticked down to 11 pm.

However, there were also protests and vigils to mark Brexit - including by pro-EU campaigners at the Irish border and across Scotland.

The UK's formal departure comes more than 1,300 days after the Brexit referendum in 2016.

Main image: The message "We still love EU" is projected on the cliffs of Ramsgate in Ramsgate, Britain, on Jan. 31, 2020. Photo by Ray Tang/Xinhua