A fresh review of CervicalCheck has found there were 10 further labs involved in screening.

A second report by Dr Gabriel Scally shows further outsourcing of slides and 16 facilities used - rather than the six which he was originally informed of.

In total, 12 labs were used in the US, two in Ireland and two in the UK, with one lab in Manchester which was only retrospectively accredited.

Some of the facilities where tests were outsourced to are no longer operating.

However, the report finds no evidence that the labs where tests were outsourced to were providing an inadequate service in their countries. 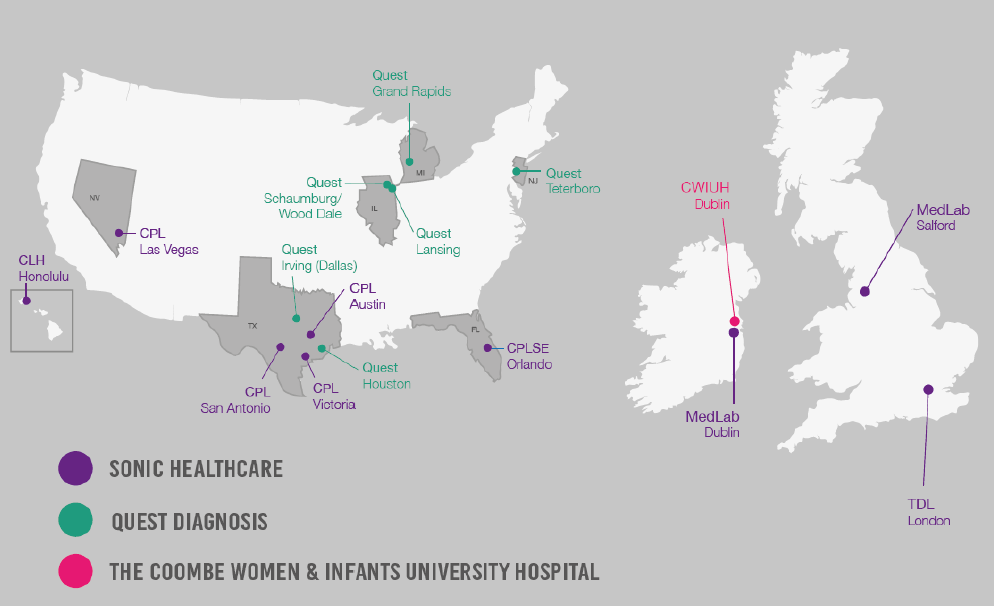 The 16 labs involved in examining the slides of Irish women participating in CervicalCheck. Image: Scally report

Dr Scally says the HSE and CervicalCheck should have been told where tests were being sent to.

He observed: "The news about the additional laboratories came as much a shock to the staff of CervicalCheck and HSE as they did to me.

"Written application to CervicalCheck should have taken place by the laboratory companies if they wanted to use additional laboratories.

"It should have been in writing, and they should have had to receive permission - that process did not operate."

The HSE welcomed the publication of the new report - saying it provides further reassurances to Irish women about cervical screening quality.

CervicalCheck's Dr Lorraine Doherty said: "We recognise the many challenges faced by CervicalCheck and we are fully committed to addressing these and working to rebuild confidence in our screening programme."