'I Don't Want To Be Associated With McGregor's Behaviour' - Varadkar

The Taoiseach says he doesn't condone or want to be associated with Conor McGregor's behaviour. It's...

'I Don't Want To Be Associated With McGregor's Behaviour' - Varadkar

The Taoiseach says he doesn't condone or want to be associated with Conor McGregor's behaviour.

It's after the Irish MMA fighter marched in last Saturday's St Patrick's Parade in Chicago with Leo Varadkar.

The Taoiseach says he wasn't aware Mr McGregor would be joining him for the parade.

Speaking at the Fine Gael national conference in Wexford, Mr Varadkar says Mr McGregor's history with the law isn't something he wants to be associated with.

"I was there at the parade at the invitation of the organisers, representing the country.

"Conor McGregor was there, I believe, at the invitation of the Plumbers Union.

"Obviously he's had some trouble with the law in recent months - and I wouldn't condone or like to be associated with the kind of actions he's involved in - which include a prosecution in New York and a potential prosecution in Miami." 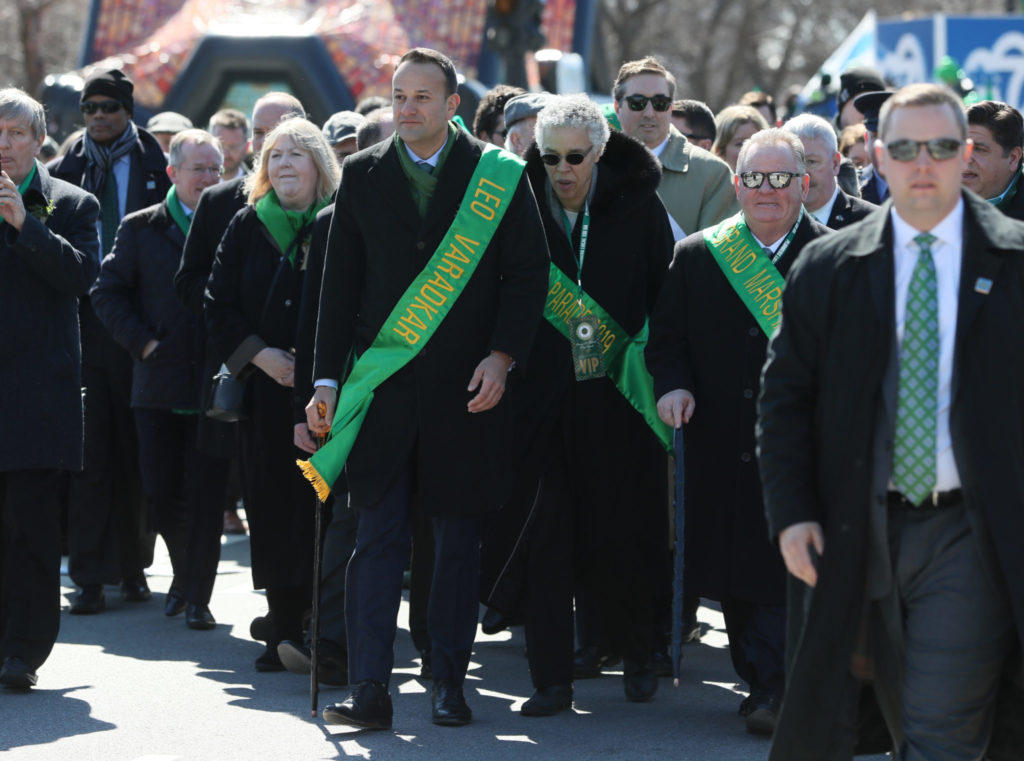 Mr McGregor was arrested in Miami, Florida earlier this month after allegedly smashing a fan's phone.

Mr McGregor is alleged to have knocked the fan's phone out of his hand, before stomping on it several times.

While last April he appeared in court in Brooklyn, charged with three counts of assault and one count of criminal mischief, after an alleged attack on a UFC bus.