Facebook has confirmed that it removed a “significant number of posts” about executives at Quinn Industrial Holdings in recent years.

It comes after the company warned that threatening posts against its executives had been posted to the platform.

In a statement, the social media giant said there is “absolutely no place on Facebook for threatening behaviour.

The company is now reportedly looking to obtain data relating to two Facebook pages off the company in the hope it will assist Gardaí and the PSNI in their investigation into a campaign of intimidation against QIH executives.

One of the pages was the Sean Quinn Community Page – which was only removed in recent days.

A Facebook spokesperson said: “Over the past few years, following reports, we have investigated and removed a significant number of posts about senior executives of Quinn Industrial Holdings for violating our Community Standards.”

“We continue to urge people to report content they believe break our rules so that we can investigate and take swift action.” 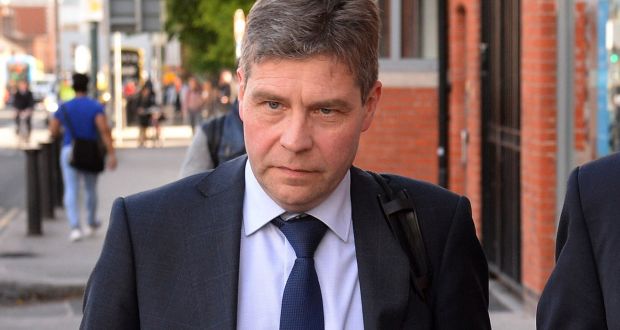 It comes after QIH Chief Operating Officer Kevin Lunney was abducted, tortured and dumped at the side of a road by a group of masked attackers last Tuesday.

The father-of-six was abducted near his home in County Fermanagh before being brought to an unknown location where he was badly beaten.

The 50-year-old was left with injuries police have described as "life-changing” to his legs, torso, and face.

Gardaí yesterday finished carrying out forensic tests at a site in County Cavan where they believe Mr. Lunney may have been taken by his attackers.

The results of the tests are not being released for operational reasons.

They are also examining CCTV footage of a man purchasing a significant quantity of industrial bleach they believe may have been used by the attackers.

Investigators are calling on anyone who saw a black saloon Audi in the Cavan area along the N87, N3, N55, and local roads to make contact with them.

They are particularly interested in talking to anyone who may have dash-cam footage.

Facebook Exec Says Company Is Not The World's "Truth Police"