Ireland's first ever LEGO store opened its doors on Grafton Street in Dublin this morning. The Dubl...

Ireland's first ever LEGO store opened its doors on Grafton Street in Dublin this morning.

Finn appeared as a toy tester demonstrating LEGO on last year's Late Late Toyshow, where he spoke of his recovery following his cancer diagnosis at the age of 4.

The new store claims to provide 'retailainment' - a blend of physical and digital entertainment in a retail environment.

One feature includes the 'minifigure factory', which allows customers to design and create their own LEGO person.

The shop also has elements of local culture, including a LEGO camogie player that shouts 'Up The Dubs!'

A 3D build of Dublin's Poolbeg Chimneys are also on display in the shop. 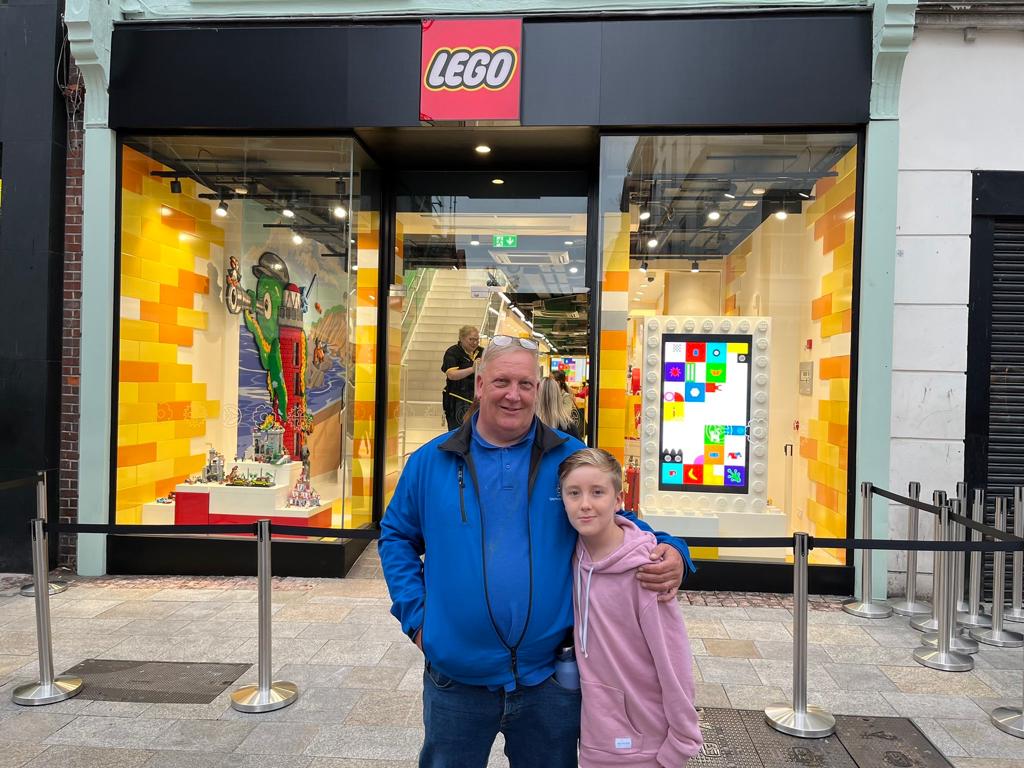 11-year-old Jacob Sutton and his father Mike from Wexford were the first into the new store this morning after queuing from 8 pm on Wednesday night.