Gardaí are questioning four people over a shooting in Lucan in west Dublin yesterday. The man in his...

Gardaí are questioning four people over a shooting in Lucan in west Dublin yesterday.

The man in his early 40s was shot while he sat in his car at Griffeen Glen Park.

He was shot up to 10 times and taken to Connolly Hospital Blanchardstown, where he's in a stable condition.

The suspects left the scene in a white VW Caddy van, which was later found burnt out nearby at Elm Way. 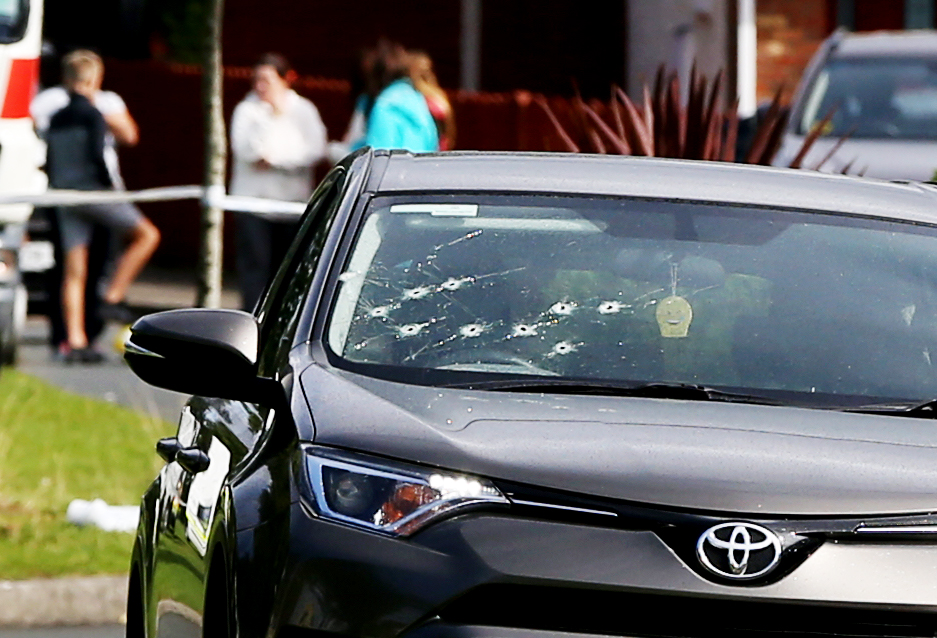 They are then believed to have transferred to an Opel Vectra, which was found in Liffey Valley Park in Lucan after being set on fire.

A third car - a Toyota Avensis - was then used, and was later found on fire at Blind Lane in Fassaroe in Bray.

Gardaí are appealing to anyone who may have noticed anything suspicious, or any suspicious persons between 8.00pm and 9.00pm yesterday on the Old Bog Road, Killeighter, Kilcock, Co Kildare to come forward.