The Department of Public Expenditure strongly warned the government against going ahead with the Nat...

The Department of Public Expenditure strongly warned the government against going ahead with the National Broadband Plan.

The correspondence shows the Department strongly warned against appointing the preferred bidder yesterday.

The DPER documents warns investment in "social housing, education, health and climate action" will be cancelled or delayed to meet the cost of the National Broadband Plan

The Department of Public Expenditure was significantly concerned about cost and affordability.

It warned about the impact on the National Development Plan and that some other capital projects may have to be shelved to afford the broadband plan.

Officials called it an unprecedented risk to the exchequer - and recommended an alternative approach of incremental improvements in broadband. 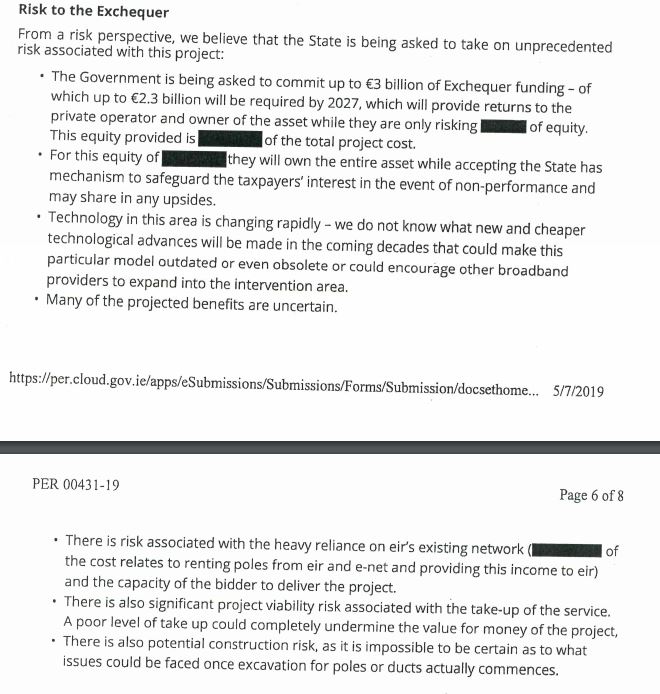 Finance Minister Paschal Donohoe overruled those concerns and recommended cabinet approve the decision, saying he believes on balance that the benefits outweigh the concerns of spending officials.

Company Behind Broadband Plan Commit To Making Up For Lost Time

Cork, Galway And Cavan To Be Connected To NBP Network This Year