Can you help Joe Brolly in his quest to find a ticket for the All-Ireland Football Final Replay?

Brolly has tweeted to say he's been let down, and may not be able to make it to Croke Park to see Dublin take on Kerry this Saturday.

If anyone has a spare ticket for the replay, I’ve just been let down..

Joe has been removed from RTÉ's All-Ireland Final replay analysis panel, having been replaced with Donegal selector Stephen Rochford.

Brolly has been having a bit of banter about the situation with Irish Olympian Paddy Barnes: 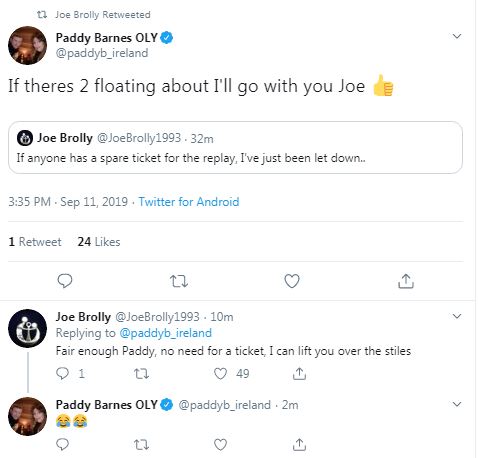 In a statement RTÉ says he remains under contract with the company.

The National Broadcaster says they do not wish to comment any further on his contractual arrangments.

Post Mortems Due After Deaths Of 3 Children In Dublin

Two Released Without Charge In Connection To Dublin Shooting