An independent TD claims there should be separate rules for pubs in rural and urban parts of the country.

All pubs are set to reopen on July 20th, however the Taoiseach yesterday warned that could be delayed.

It follows scenes in Dublin city centre over the weekend where large crowds were filmed drinking on the streets. 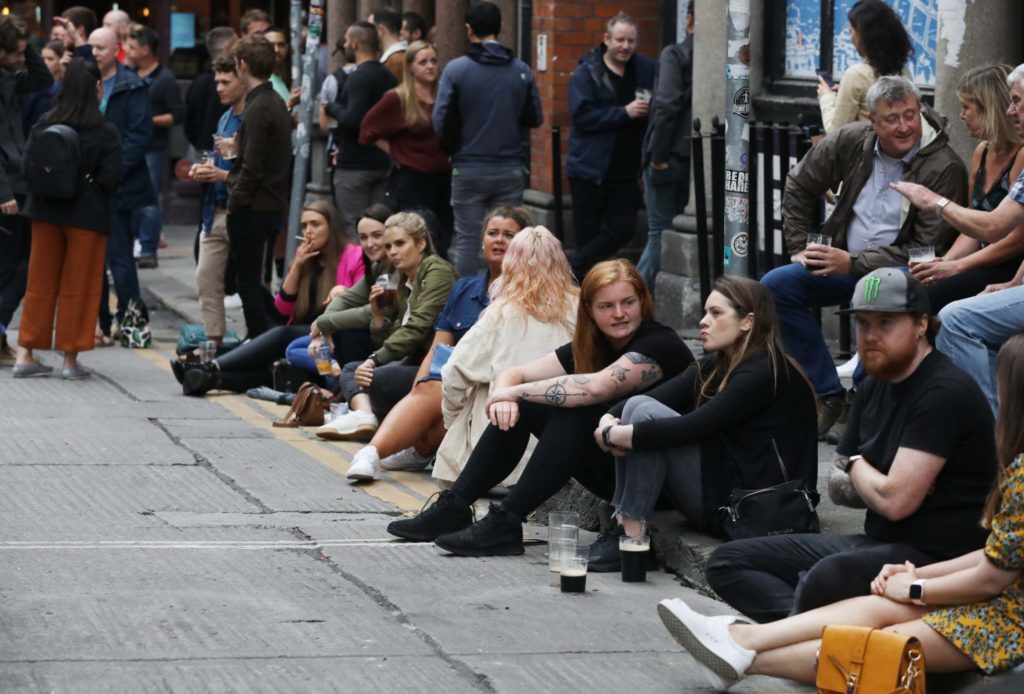 The scene at Dame Court in Dublin as members of the public drink on the street outside a pub, 05-07-2020. Image: Leah Farrell/RollingNews

Michael Healy-Rae said people in rural Ireland are “genuinely afraid” they will be made to pay for the breaches.

“If you were a small publican in a rural location who was desperately looking forward to turning on the light, maybe lighting a little fire in the corner and dusting down the cobwebs and opening the doors […] they were looking forward to that and now they are afraid.

“They are genuinely afraid that because of what happened in Dublin and because there was so many people out on the streets and they were nearly up on top of each other’s backs, that we are going to pay a high price for that – and we don’t want that to happen.”

He said there is a “good case to be made” for there to be different rules for pubs in rural and urban parts of the country.

“It is just the amount of people who would be going into those premises,” he said. “You obviously have such large amounts in the major centres of population.

“I know there were a number of contributing factors in that you have public houses and restaurants that are so near to each other and when people came out on to the street, they were literally spinning over on to each other.