McAleese: Issue Of United Ireland 'On The Horizon'

Mary McAleese has said the issue of a united Ireland is "on a horizon ahead of us".

The former president was speaking at an event for the DCU Brexit Institute.

She said she doubted the Good Friday Agreement would exist, if Brexit had been around at the time.

"We know that it rendered the world 'meaningful' completely meaningless."

On the Good Friday Agreement, she said: "It never contemplated, much less provided for, a situation in which the United Kingdom would withdraw from the European Union. 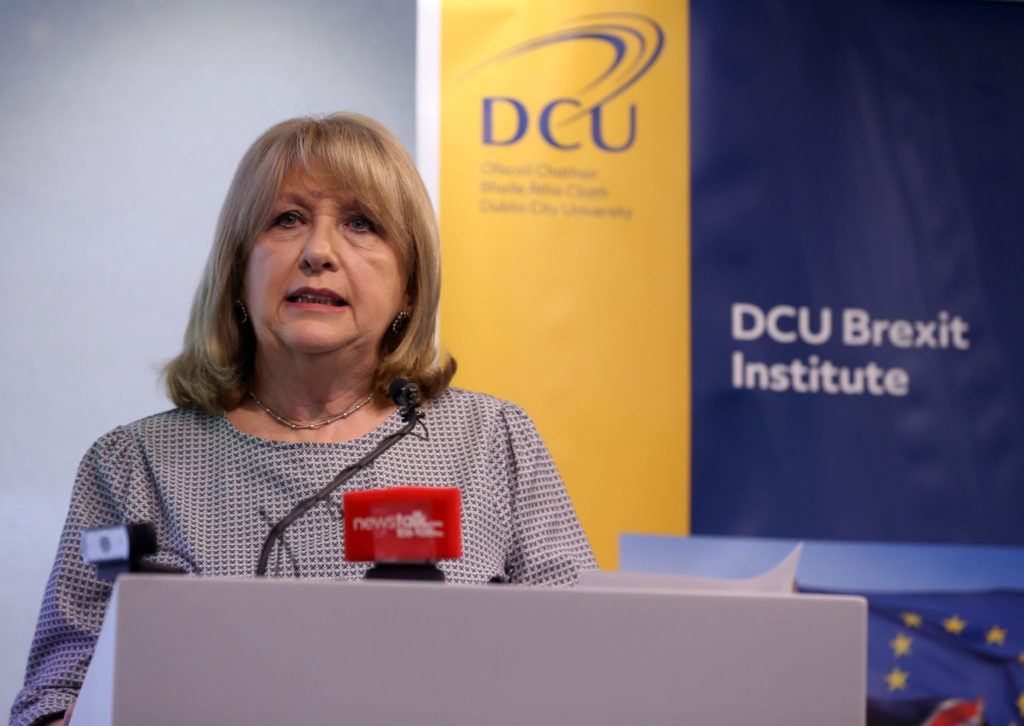 "That was not within people's contemplation.

"Indeed, had such an idea been within contemplation, I'd say there is considerable doubt as to whether the Good Friday Agreement in its present format would have got over the line."

Mrs McAleese said the issue of a united Ireland is "on a horizon ahead of us".

On the day that Britain was supposed to leave the EU, Mrs McAleese said the Brexit process is driving a constitutional change both North and South.

She also said it has always been known that the issue of partition would come onto the agenda.

"The issue of the end of partition would come on to the agenda, driven by demographics.

"The demographics in Northern Ireland are changing, rapidly, towards a Catholic/nationalist majority - that's a reality that has to be taken into account.

"But Brexit put a different spin on things".