Office romances are on the decline, a new study from Stanford University shows.

The 1980's and 1990's were the heyday of the office romances, according to Stanford researchers.

Rena Maycock, founder of Intro Matchmaking, says they were almost encouraged back then:

"It was almost promoted by management because if people met in the workplace they would stay in their jobs longer."

It turns out that  online dating and workplace policies are pouring cold water over flirting at the water cooler.

Here's where loved up couples are now meeting: 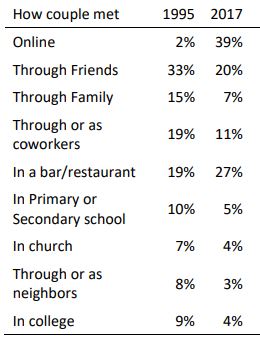 Zumping Is The New Dumping - Where It's Done Over Zoom