People In Paris Forced To Put Pyjamas In The Freezer

Europe is recovering after a second heatwave in as many months which saw record temperatures broken...

People In Paris Forced To Put Pyjamas In The Freezer

Europe is recovering after a second heatwave in as many months which saw record temperatures broken once again.

Ireland managed to escape this heatwave due to low pressure from the Atlantic but across Europe record temperatures were recorded.

Editor of The Local Europe, Ben Mc Partlin is in Paris and says people were doing everything they could to stay cool: 'Putting pyjamas in the freezer, putting sheets in the freezer. There's been parks opened at night, there's been water sprays put around the city. 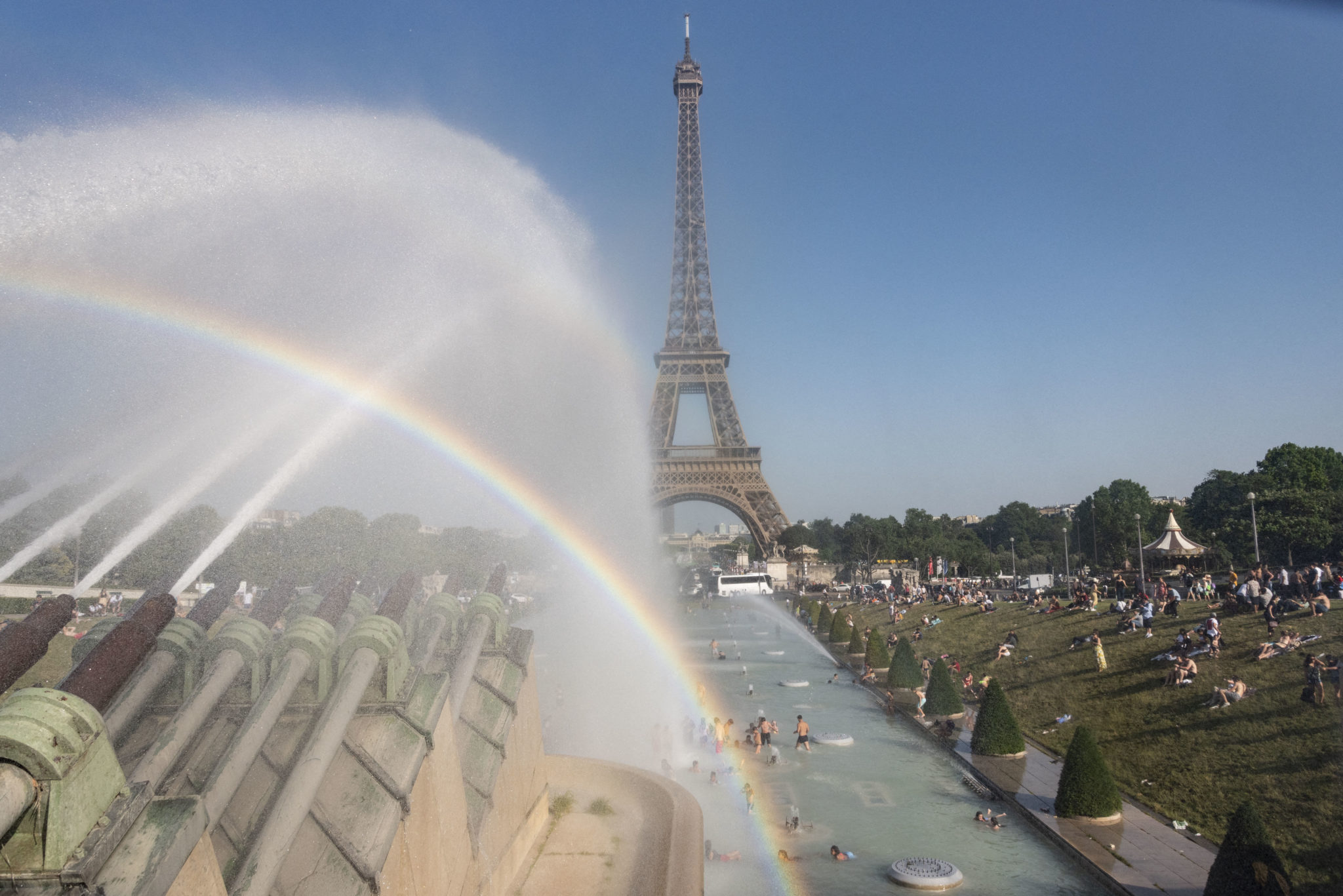 People cool themselves down in the fountain of the Trocadero esplanade in Paris, 27-06-2019. Image: Samuel Boivin/ABACAPRESS

In the UK, trains has to be cancelled due to fears of tracks buckling and overhead wires overheating, while police were called to a number of public order issues at open air swimming pools in London.

Senior Climatologist with Met Eireann, Keith Lambkin, says you can't say definitively that the heatwave is a result of climate change, but that global temperatures are rising: 'The temperature of the planet is increasing, last year was the fourth hottest year ever recorded globally and what we're seeing is the greater likelihood for extreme temperatures to be broken.'

The extreme temperatures follow a similar heatwave last month that made it the hottest June on record.

Summer 2022 Was Hottest On Record For Europe

Ireland's Inflation Estimated To Be 8.6% In September

Another €200 Energy Credit Being Considered