Plans to extend the Luas Green Line to Finglas have been revealed.

The new 4km route will stretch between Broombridge and Finglas and run through three parks. 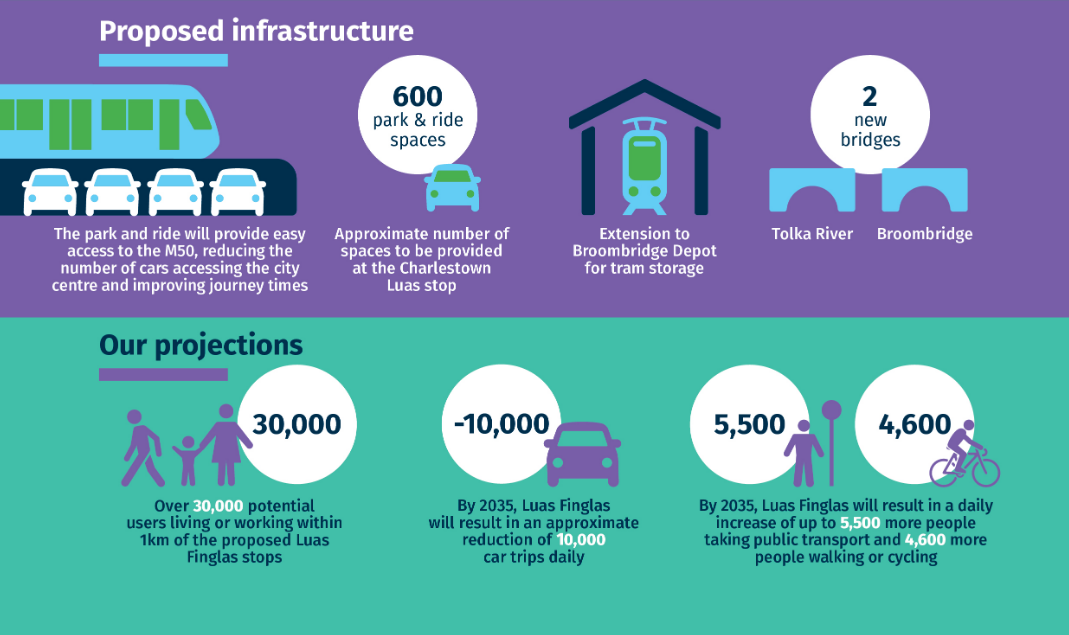 It will include four stops and a 600-vehicle park and ride at Charlestown, close to the M50.

A cycle and pedestrian path will also be built along most of the track.

The proposals are now up for public consultation.

Renewed Appeal Over 1973 Murder Of Baby Noleen Murphy In Dublin

Pamela Scott To Close Half Its Irish Stores