Portlaoise is the cleanest town in the country.

Leixlip and Ennis were next in line while Arklow and Dun Laoighre rounded out the top five.

For the first time since 2014, Dublin’s North Inner City was deemed a litter blackspot. 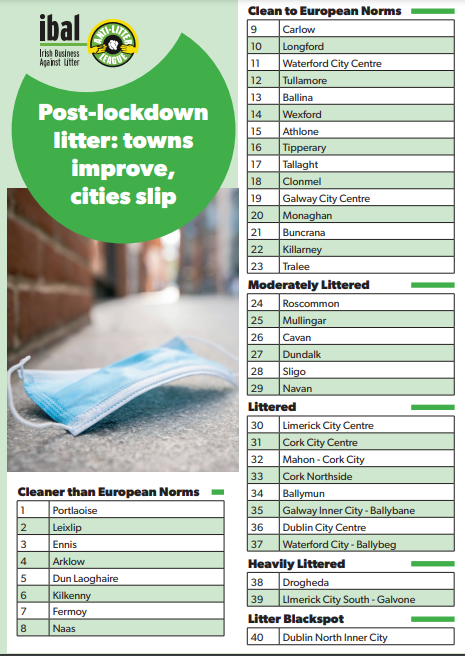 Every city in the Republic was found to be littered while Drogheda and Limerick City South - Galvone were singled out as "heavily littered".

IBAL spokesperson, Conor Horgan said the survey was "dyer" for cities but says Galway and Waterford city centres saw some improvement in the past 12 months.

"We've seen a very welcome improvement in Carlow and Longford which are now clean to European norms".

The survey also found PPE litter increased by nearly 30%  this year while there was also an increase on cans and bottles on our streets.

New Survey Names The Cleanest And Filthiest Towns In Ireland

Only 16% Of Coasts And Waterways Are Clean