A number of dangerous weapons have been seized at a funeral in Northern Ireland.

They were recovered after a disturbance broke out within a church on the Melmount Road.

No injuries were reported in the incident. 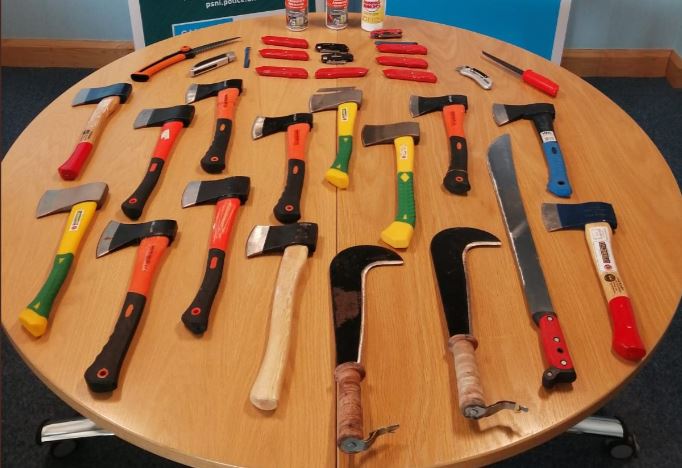 She says police were aware of tensions between people who were attending the funeral.

They are appealing to anyone with influence to help bring about a calm resolution to the current issues.

€100 Fine In Effect For People Crossing Border From North