Theresa May Says She Needs More Time For Brexit Talks

Theresa May insists she needs more time to negotiate with the European Union on a Brexit deal. Speak...

Theresa May Says She Needs More Time For Brexit Talks

Theresa May insists she needs more time to negotiate with the European Union on a Brexit deal.

Speaking in the House of Commons, the British prime minister said Brexit talks are at a crucial stage.

She said she told her European Counterparts that the House of Commons demands "legally binding changes" to the Irish backstop.

That possibility has consistently been ruled out by the EU.

Today, she called on MPs to hold their nerve to deliver Brexit on time.

“We both agreed that our team should hold further talks to find a way forward and he and I will meet again before the end of February to take stock of those discussions.”

Mrs May also said she won't allow peace to be disrupted in Northern Ireland following Brexit. 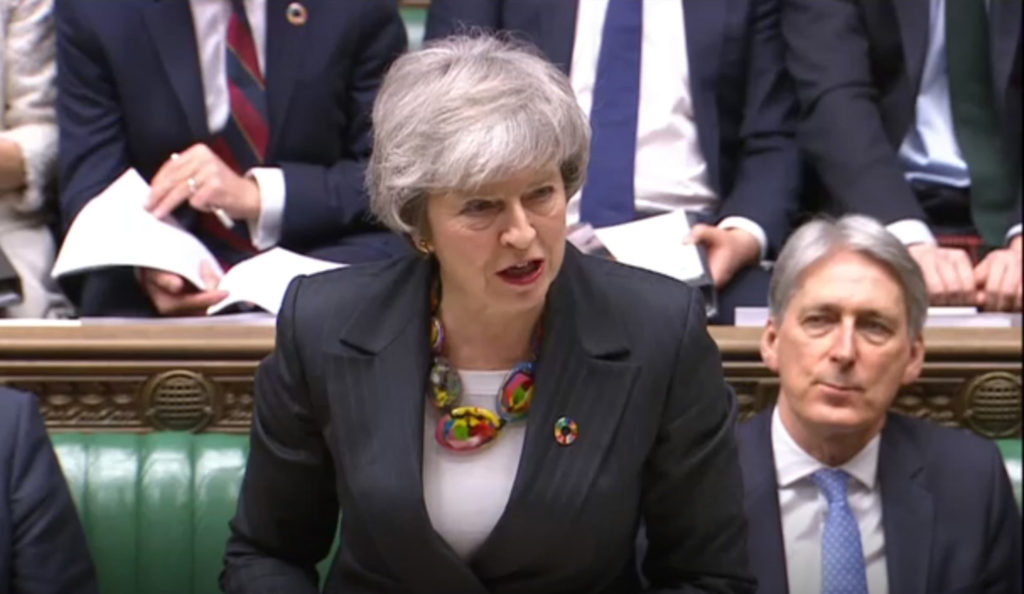 Prime Minister Theresa May gives a statement about progress on Brexit talks to MPs in the the House of Commons, London.

She told MPs: "Many people in Northern Ireland are worried about what the current uncertainty will mean for them.

"In this House, we often focus on the practical challenges posed by the border in Northern Ireland. But for many people in Northern Ireland, what looms larger is the fear that the seamless border... that helped make the progress that has followed the Belfast Agreement possible... might be disrupted.

Mrs May also told MPs there'll be another 'meaningful vote' when they make progress in talks with the EU.

However, she said if that's not possible then MPs will have an opportunity to vote on other Brexit proposals on February 27th.

Mrs May also appeared to reject Labour leader Jeremy Corbyn's calls for the UK to remain in a customs union with the EU.

She said: "I would gently point out that the House of Commons has already voted against this, and in any case membership of the customs union would be less desirable than that which is provided for in the political declaration [on the future relationship]."

Mr Corbyn, meanwhile, accused the prime minister of attempting to wind down the clock and only offering "more excuses and more delays."

“It appears the prime minister has just one real tactic.

“To run down the clock hoping members of this house are blackmailed into supporting a deeply flawed deal.”

Bus Hijacked And Set On Fire In County Down

Nigel Farage Was 'Tricked' Into Saying "Up The Ra" For Money

European Commission To Give Proposals Next Week On NI Protocol