Truckers protesting rising fuel prices say they understand Dublin commuters' frustrations this morning but say their voices must be heard.

A convoy of hauliers is arriving on Kildare Street in Dublin, after leaving numerous service stations on motorways into Dublin earlier today.

They say many smaller operators are struggling to survive and are demanding the Government act. 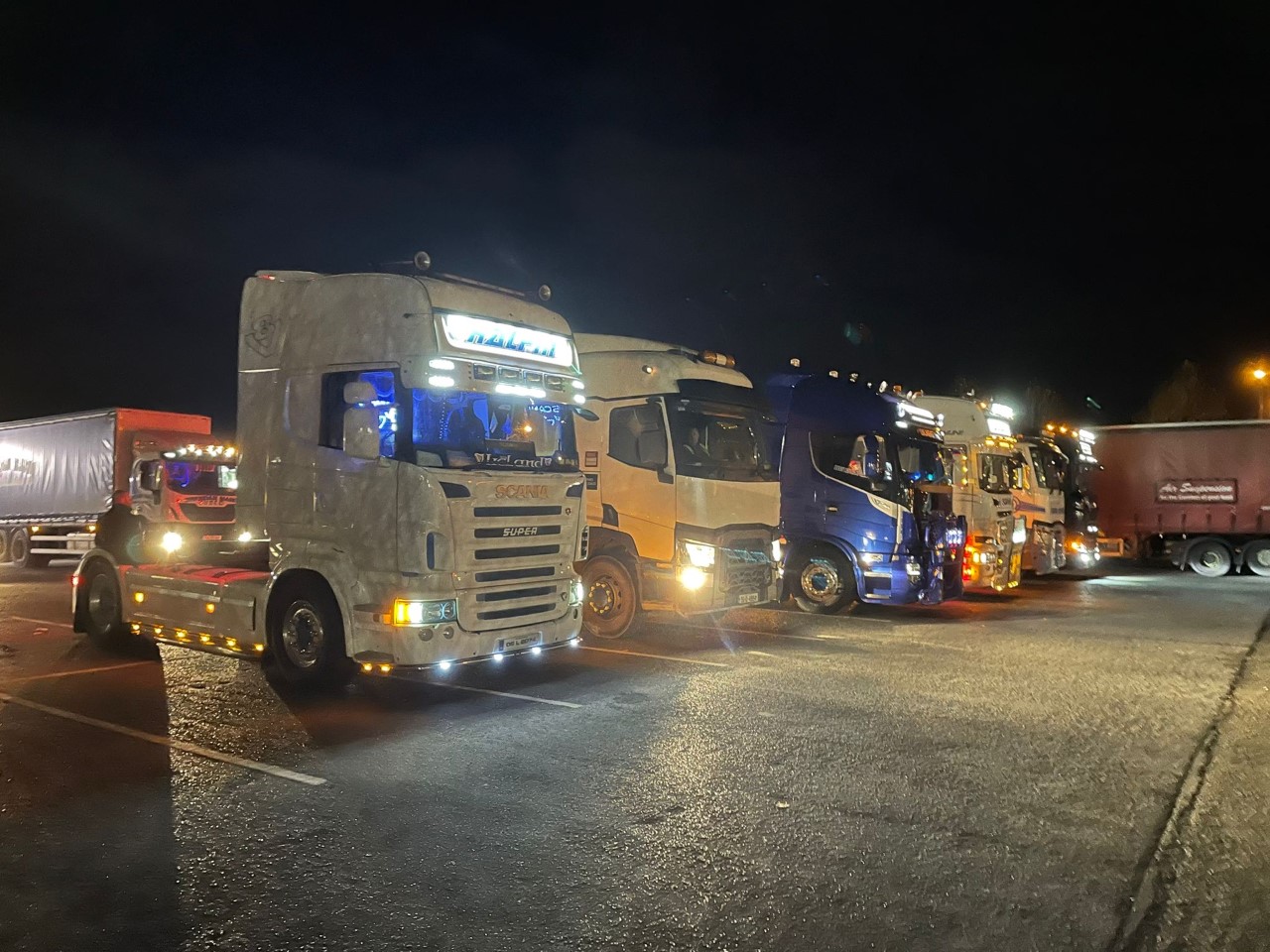 Sean is a truck driver from Carlow and one of the people demonstrating in Dublin. He says he understands the frustration of commuters.

"Look, I've seen a lot of comments on social media and that, people were like 'look we have medical appointments' and all. I understand that, and I'm very sorry for them.

"The way I look at it is - if we don't do this now there will be a lot more people going to medical appointments due to mental health because they don't have jobs or they don't have food and they won't be able to provide food for their families."

Yesterday, the AA released a study which showed the cost of fuel has increase by 25% in the past year.

Average Litre Of Diesel Nationally Is €2.05 While Petrol Hits €2.13