The Taoiseach says Ireland will fight the EU-Mercosur trade deal, unless Brazil protects the Amazon...

The Taoiseach says Ireland will fight the EU-Mercosur trade deal, unless Brazil protects the Amazon rainforest which is on fire.

Leo Varadkar has also criticised Brazil's President Jair Bolsonaro for claiming that environmental groups were starting the fires to make him look bad - describing it as 'Orwellian.'

The Mercosur deal would see almost 100,000 tonnes of beef from South America enter the European Union every year.

Mr Varadkar said: "There is no way that Ireland will vote for the EU-Mercosur Free Trade Agreement if Brazil does not honour its environmental commitments.

"I am very concerned that this year has seen record levels of destruction of Amazonian forests by fire.

"President Bolsonaro’s efforts to blame the fires on environmental NGOs is Orwellian. 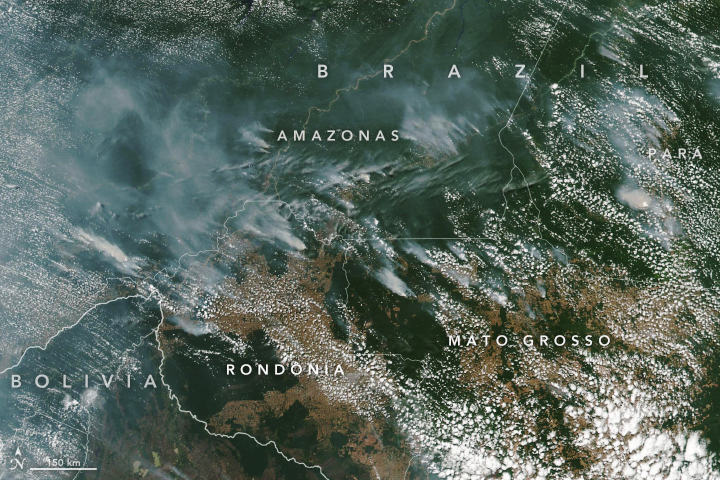 "His statement that Brazil will stay in the Paris accords on climate change ‘for now’ will raise antennas across Europe.

"The Mercosur Deal is two years away from a vote on approval in Europe.

"During the course of these two years, we will monitor closely Brazil’s environmental actions."

Meanwhile Mr Bolsonaro has accused other countries of interfering as they express fears for the burning rainforest.

French President Emmanuel Macron said the fires are an "international crisis", writing on Twitter: "Our house is burning. Literally.

"The Amazon rain forest - the lungs which produce 20% of our planet's oxygen - is on fire".

Our house is burning. Literally. The Amazon rain forest - the lungs which produces 20% of our planet’s oxygen - is on fire. It is an international crisis. Members of the G7 Summit, let's discuss this emergency first order in two days! #ActForTheAmazon pic.twitter.com/dogOJj9big

Deforestation In The Amazon Increases by 20% In A Year

1000 Irish Jobs To Be Created By Amazon