The stage times have been announced for Westlife's back to back gigs at Croke Park.

On Friday, the lads will kick things off at 8:30pm, while on Saturday they'll walk on to the Croker stage at 8:15pm.

Westlife will be supported by Wild Youth and James Arthur on both nights:

MCD have also provided some details about hot to get to Croke Park on Friday and Saturday.

They're encouraging fans to use public transport to get to the gig where possible.

Meanwhile they're also reminding fans that no bags larger than an A4 size will be allowed in to the venue. 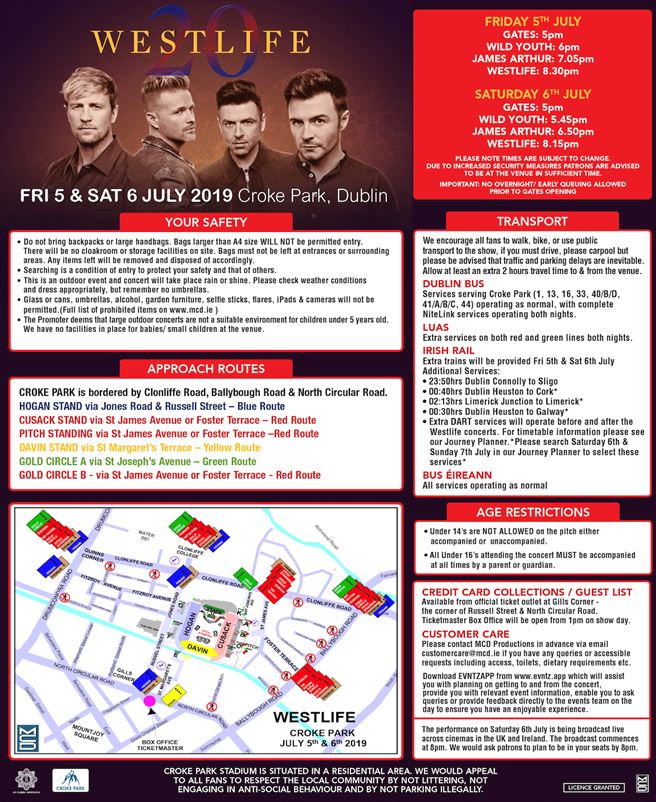 As we speak the stage is being put together for the gig.

Come Friday evening, tens of thousands of Westlife fans will be in a little world of their own.

Unusual for a Kildare man to be in Croke Park this Summer! The stage is being put together here for the Westlife concerts this weekend! pic.twitter.com/YKpRXmOxOa

Thousands May Be Able To Attend Outdoor Concerts From September