The Belfast boxer is assured of at least bronze following his split-decision quarter-final victory against Melvin Clair of Mauritius this morning.

Walsh will have the chance to reach the final when he faces Pat McMcCormack of Great Britain on Sunday.

"Aidan is a championship fighter, he's got the style and the skill-set that you really need," he told Newstalk Breakfast.

"It suits the scoring system at the Olympics, I call him the 'white Cuban' because of his style of fighting. It's down to years of dedication and training.

"I truly believe that he will be a gold medalist. Michael Carruth won gold in the welterweight in 1992 so we have a track record at this weight division in Ireland.

"Aidan's only been boxing at elite senior level for the last two years. Tokyo was seen as a development experience for him and it was hoped that he would be a medal contender in Paris." 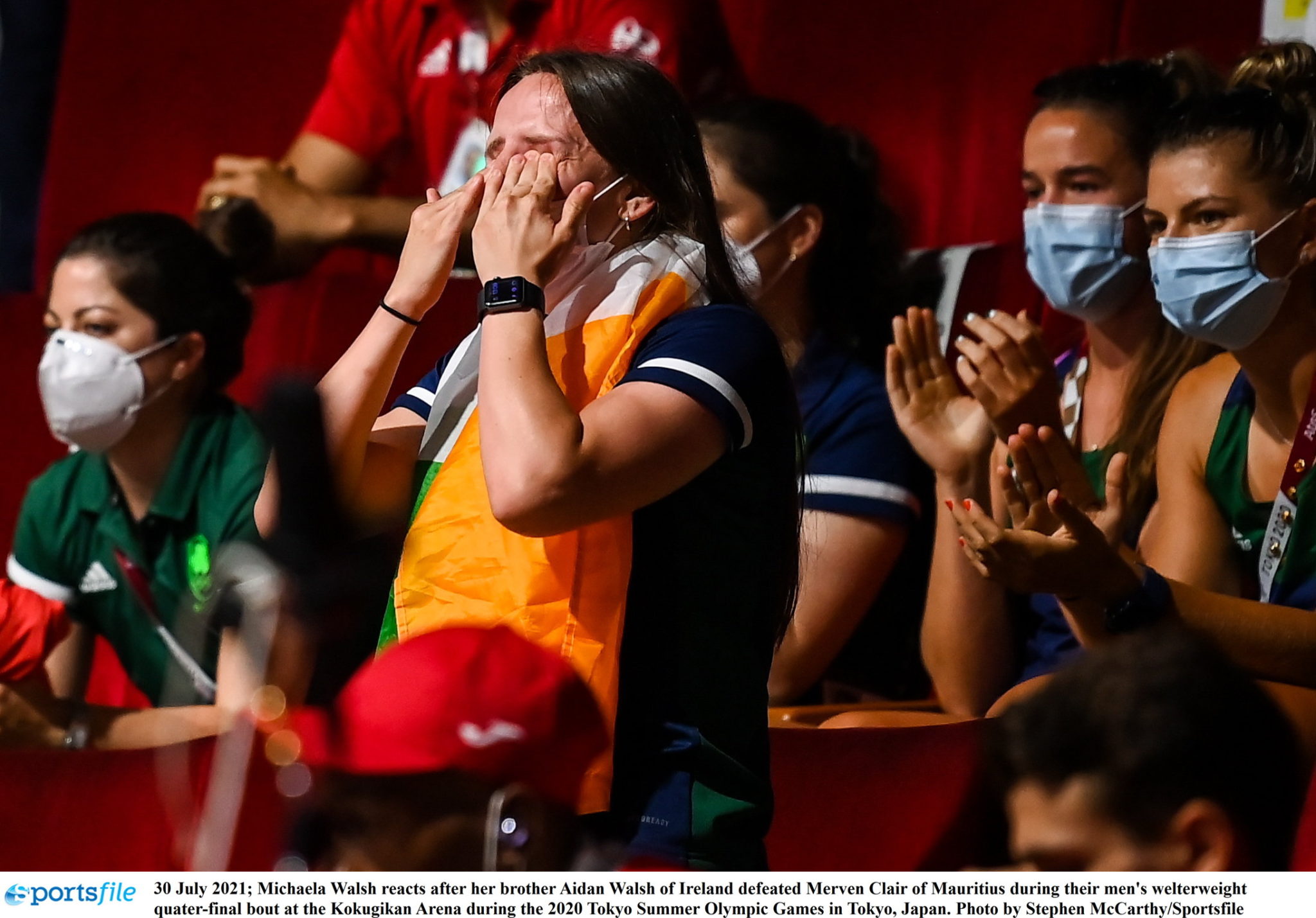 30 July 2021; Michaela Walsh reacts after her brother Aidan Walsh of Ireland defeated Merven Clair of Mauritius during their men's welterweight quarter-final bout at the Kokugikan Arena during the 2020 Tokyo Summer Olympic Games in Tokyo, Japan. Photo by Stephen McCarthy/Sportsfile

Walsh's sister Michaela was watching on in Tokyo as her brother secured the medal and Johnston says the siblings inspire each other.

"Michaela is as much as a role model to him as a sister. They push each other incredibly in every single session.

"Aidan has followed in her footsteps in terms of international success and the sky is the limit for Aidan, he really can go all the way.

"He's gone into these Games as an underdog, all the focus on Sunday will be on Pat McMcCormack. He's already beaten Aidan twice at international tournaments.

"But this next fight is the time when he really has to perform. Aidan Walsh on his day can beat anyone in his weight class in the world."