Alan Browne has become the latest player to be ruled out of action for the Republic of Ireland after testing positive for COVID-19.

The FAI released a statement to confirm the Preston midfielder tested positive for coronavirus and will therefore miss the Nations League games against Wales and Bulgaria.

The FAI statement read: "The Football Association of Ireland can confirm Ireland midfielder Alan Browne has tested positive for COVID-19.

"The player has been isolated from the group as per COVID-19 protocols, and the HSE and UEFA have been informed of this development.

"There are no close contacts of the player and the rest of the staff & squad tested negative ahead of Sunday's UEFA Nations League fixture against Wales in Cardiff."

There are no close contacts of the player and the rest of the staff & squad tested negative ahead of Sunday's UEFA Nations League against Wales in Cardiff#COYBIG pic.twitter.com/Llpde9apHo

Browne started for the Boys in Green in Thursday night's 3-0 defeat to England at Wembley and played the full 90 minutes for Stephen Kenny's side.

The 25-year-old is the second Ireland player to test positive for coronavirus during the current international break.

West Brom striker Callum Robinson was ruled out of all three games after returning a positive test before the England game. 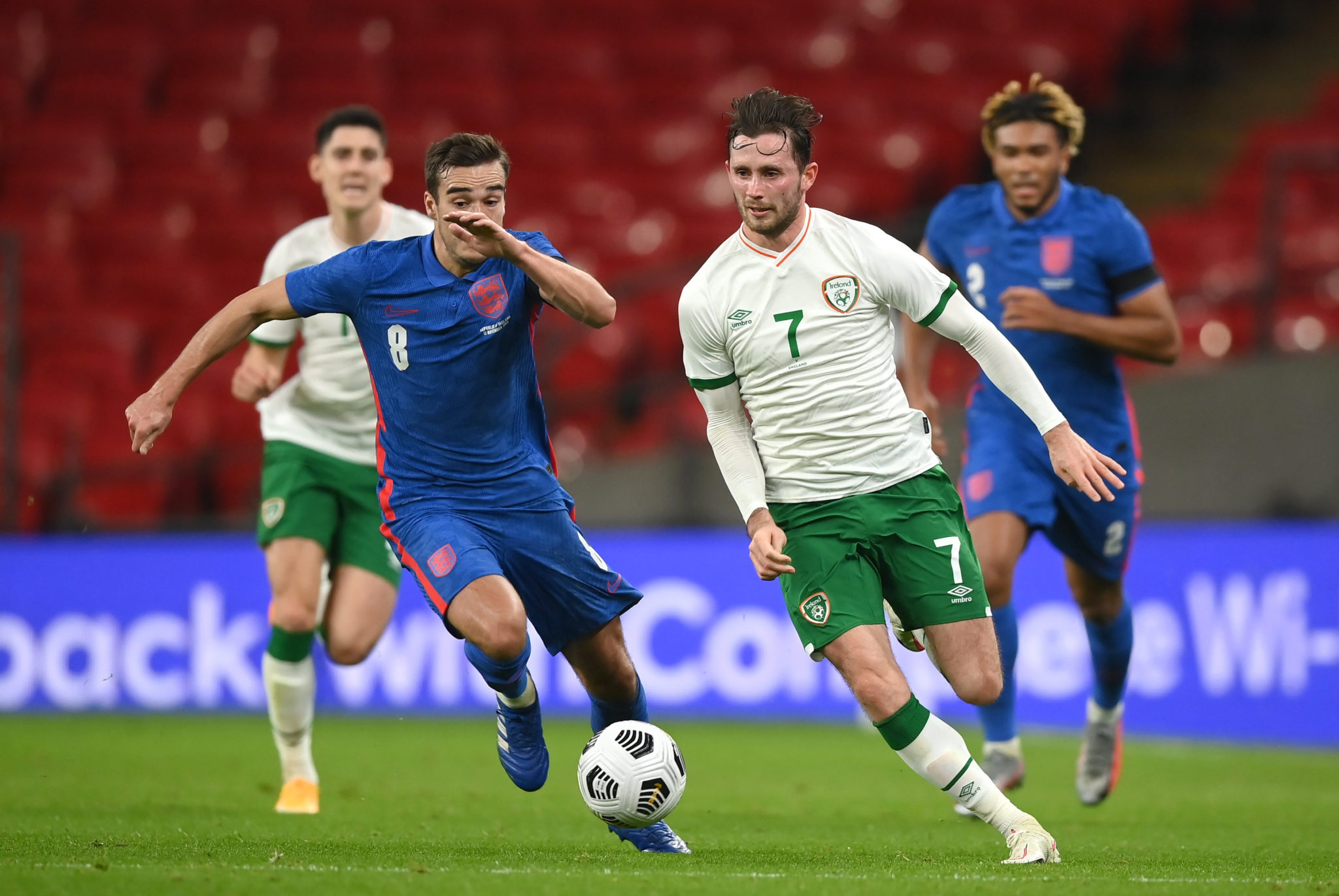 12 November 2020; Alan Browne of Republic of Ireland in action against Harry Winks of England during the International Friendly match between England and Republic of Ireland at Wembley Stadium in London, England. Photo by Stephen McCarthy/Sportsfile

Kenny is already without Seamus Coleman due to injury and James McCarthy is a major doubt for Sunday's game in Cardiff due to family reasons.

Wales warmed up for Sunday's Nations League game with a scoreless draw against the USA in a friendly in Swansea.