On an incredible evening in Tokyo, all three Irish riders competing in the individual showjumping qu...

On an incredible evening in Tokyo, all three Irish riders competing in the individual showjumping qualified for the Olympic final.

Darragh Kenny set an early marker at the Equestrian Park. The Offaly man was the first of 73 riders into the arena aboard VDL Cartello, and produced a clear round in a time of 82.01 seconds.

Kenny would eventually qualify for the final in second position, meaning he'll have a plum draw as one of the later starters in Wednesday's final.

Wexford's Bertram Allen - aboard Pacino Amiro - also produced a clear round, but in a time of 85.18 which was good enough for sixth overall. 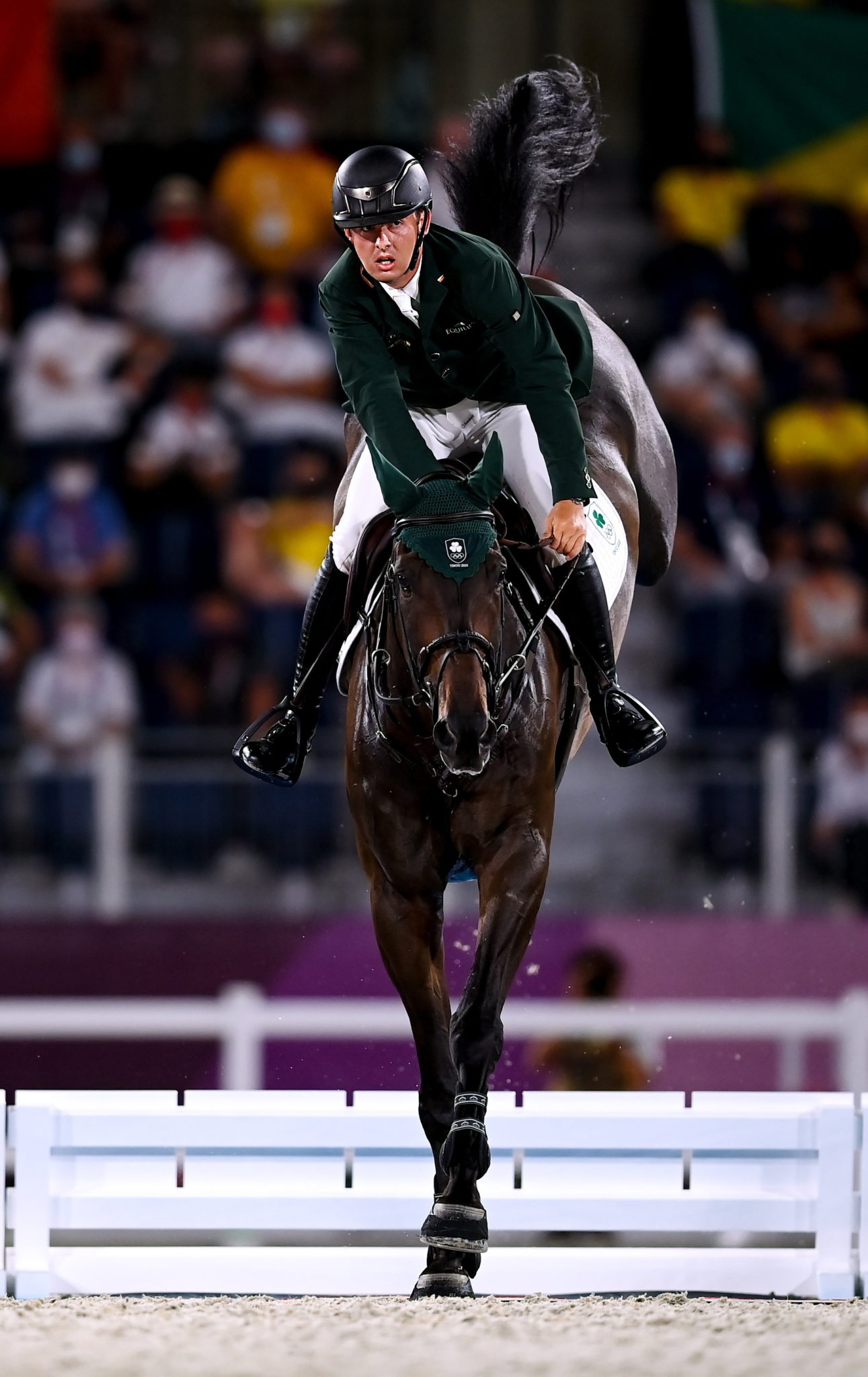 3 August 2021; Bertram Allen of Ireland riding Pacino Amiro during the jumping individual qualifier at the Equestrian Park during the 2020 Tokyo Summer Olympic Games in Tokyo, Japan. Photo by Stephen McCarthy/Sportsfile

Completing the trio is the experienced Cian O'Connor. The 2012 bronze medalist produced a fault-free time of 88.66 on Kilkenny which saw them qualify in 25th of the 30 places available.

The individual showjumping final will take place at 11am, Irish time, on Wednesday morning.

The Show Jumping team qualifier takes place on Friday with the top 10 of 20 teams to qualify for Saturday's team final.