A bizarre own goal and a brilliant Gavin Bazunu performance has helped salvage a 1-1 draw for the Re...

A bizarre own goal and a brilliant Gavin Bazunu performance has helped salvage a 1-1 draw for the Republic of Ireland in their World Cup qualifier at home to Serbia.

19 year old Bazunu made a string of remarkable saves to keep the visitors at bay at the Aviva Stadium on a night where Dragan Stojković's side missed the chance to join Portugal at the top of Group A.

Sergej Milinkovic-Savic headed the visitors into a deserved lead in the 20th minute when he found space at the near post from a Dusan Tadic corner.

Serbia should have extended that lead but on loan Portsmouth 'keeper Bazunu was in inspired form, denying Alexander Mitrovic and Dusan Vlahovic on multiple occasions. 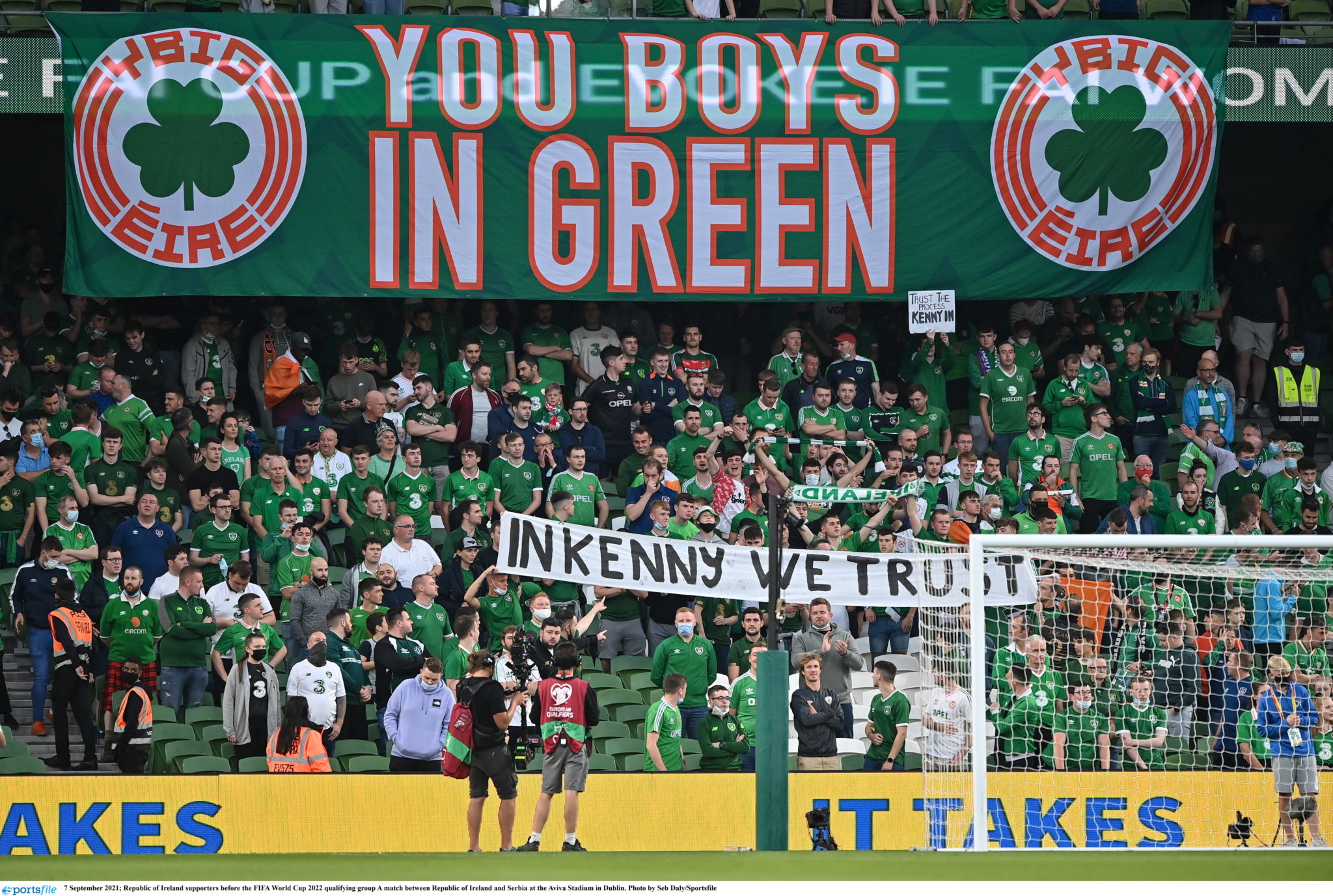 It left the game in the balance heading into the last ten minutes and Ireland's late pressure paid off when Milinkovic-Savic's attempted clearance hit off his own teammate Nikola Milenkovic and into the Serbian net.

Ireland almost snatched all three points in the dying embers of the game when the excellent Andrew Omobamidele forced a save with his long-range effort.

Stephen Kenny remains without a win in his first 12 games but on a night when fans unfurled a banner reading 'In Kenny We Trust', the former Dundalk boss will feel he's finally got a slice of luck.