Tyrone manager Mickey Harte was full of criticism over the scouting of Irish players to Aussie Rules, when asked yesterday about Cathal McShane's impending departure Down Under.

The 24-year-old has in recent days been linked with a move to the AFL with either Adelaide Crows or Brisbane Lions, and he is understood to be travelling out to Australia shortly to get a taster of professional life in Oz.

Reports from Australia suggest the Adelaide outfit are the ones who look likely to win the race for McShane's signature, with a trial move likely.

Yet speaking to BBC Sport after Tyrone's 1-16 to 0-13 Dr McKenna Cup win over Cavan in Omagh yesterday afternoon, Harte said McShane has yet to make a firm decision on his future.

“Cathal is on his way temporarily I would suggest, going out to see if that is something that he wants to do. He has not made any final decision yet one way or the other.

“He has to take that on board and look at what may be on offer elsewhere. He has to make that final decision and I respect him for that. I’d be speaking to him on an ongoing basis.

"He is going out there to examine the situation for himself, but he hasn’t signed anything yet and until he does I would still be optimistic that he could still be a Tyrone player this year.” 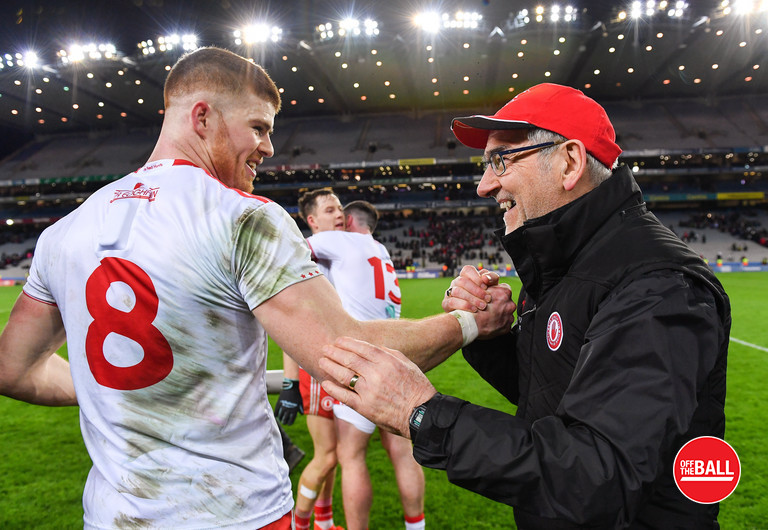 Harte also keenly criticised the GAA's connections to the AFL and the scouting of players by former members of the GAA.

“It would be well known that I would not be a fan of gaelic players being scooped by the AFL and it’s a bit sad I think that this used to be the job of unknown scouts from Australia but now it’s actually ex-GAA people from Ireland who are actually scouting our players to take them away to another league which is of no benefit to us whatsoever.

“It’s one-way staff, loss-loss for us and it doesn’t make much sense to me that we would still engage officially with that outfit while this goes on. It saddens me to say the least and I hope that somebody somewhere sees the nonsense of what we’re doing and cuts ties with them officially.”

Owen Roe's clubman McShane was an All-Star winner after his performances with the Red Hand last year, which saw him score a total of 3-48 in the championship.