Leinster legend Luke Fitzgerald thinks Ciaran Frawley has the potential to be an "outstanding" out-h...

Leinster legend Luke Fitzgerald thinks Ciaran Frawley has the potential to be an "outstanding" out-half but he may have to leave the province to get regular game time there.

The 24-year-old has played at centre, full-back and on the wing as well as 10 for the four-time European champions but is behind the Byrne brothers as back-up to first choice out-half Johnny Sexton.

Frawley's club form saw him called up to the Ireland squad this year but Fitzgerald thinks he's a victim of the strength in depth in Leo Cullen's squad.

"I really rate him highly", Fitzgerald said on this morning's OTB AM. "He might be the best 10 of the lot but he isn't going to get any game time there.

"I'm surprised that Leinster has been able to hold onto all of them because the new URC format means you're going to see less of these players. It should be a concern for Irish rugby because that depth chart is ridiculous at Leinster but if you're sitting there in the gym all the time then I can't see how you're getting better as a rugby player.

"I think Frawley has to move if I'm being honest. He's made this move to the centre, he's a lovely player but I can't see him physical enough to play international rugby at centre.

"You have to be a specialist and I made the mistake of trying to be a few different things. The coaching team seem to think he should specialise at 12, I don't think he's big enough to do that.

"I think he could be an outstanding 10 but he's not being utilised there because of the backlog in Leinster. I think he has to move because I can't see him getting ahead of Henshaw or Ringrose when they're in full-flight and I think he'd be a real asset for any team."

💬 Frawley's potentially Leinster's best 10 after Sexton - but we wont see him there...

Strong stuff from Luke Fitzgerald on this morning's #OTBAM 🏉

Ex Leinster, Harlequins and Connacht fly-half Andy Dunne thinks Harry Byrne is currently too focused on trying to impress on an individual level but Fitzgerald says that's understandable when he's competing for limited minutes on the pitch with Leinster.

"Harry comes into a team where there are three or four people vying for that position, and I'd include Ciaran Frawley in that. He has very little time in there so it's difficult to get into a mindset of thinking team first when you've so little game time.

"He has 27 appearances for Leinster, his ball-handling ability has stood out to me, that's something he can lean on. The challenge for him is getting time in there to bed in and to get comfortable with actually making other people look good versus trying to impress to get himself selected every week.

"Getting that game time is so important, especially at number 10, you end up trying a little bit too hard, trying to make a big play too early, or just get a little bit anxious when trying to get involved or make an impact." 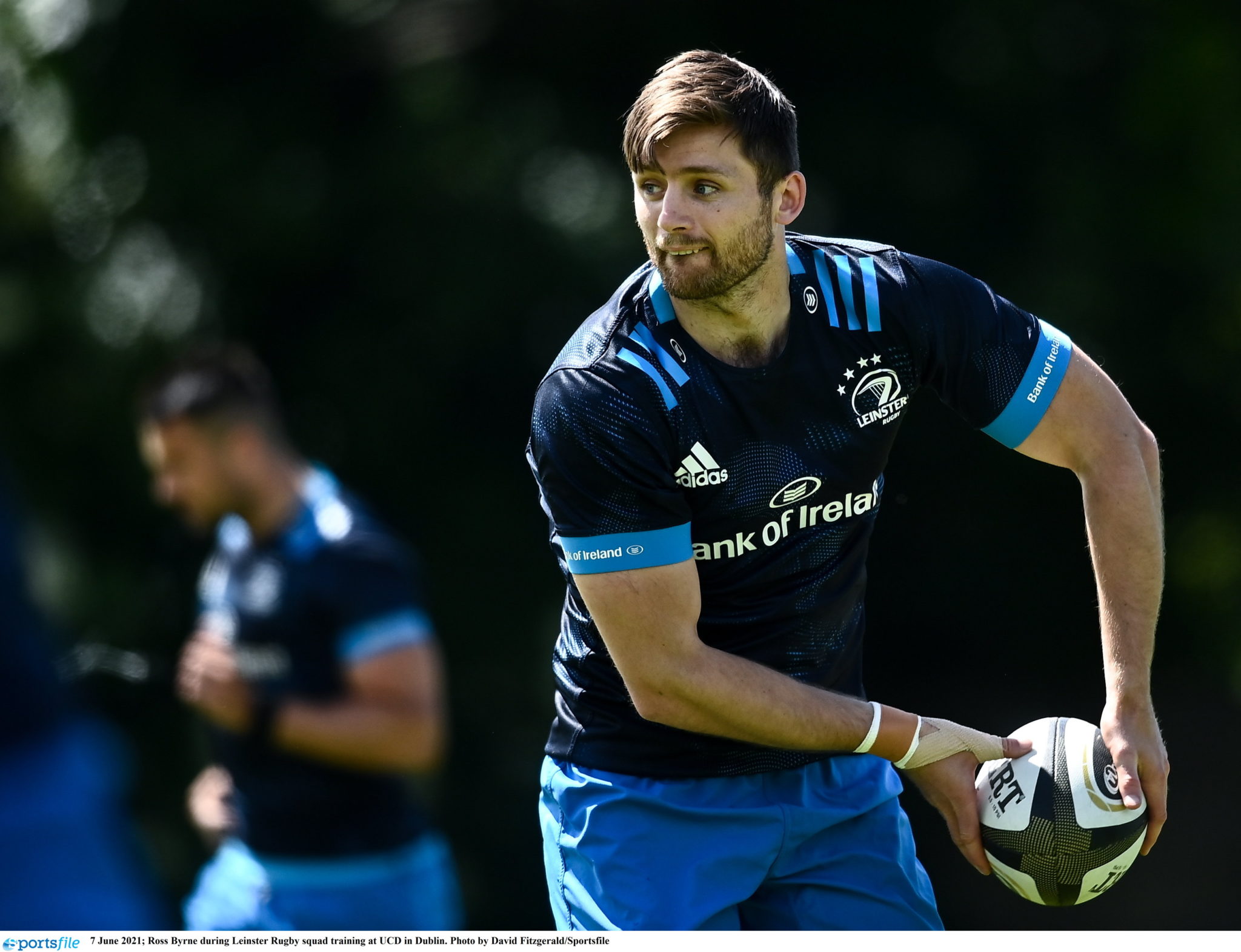 Ross Byrne should start against Bath

Fitzgerald thinks Leo Cullen will opt to start Ross Byrne at out-half in Leinster's Heineken Champions Cup opener against Bath this weekend due to his experience and ability to control the game.

"I would start Ross. Given the new format, there's real pressure to get off to a good start in the competition and I think he's a steady hand.

"I still think he's a big-game player but given the standard of opponent, either player should be able to get the job done. Bath are 0/9 in the Premiership and languishing at the bottom of the table.

"You get off to a good start here and pummel them in the pack, which Leinster have the quality to do, then it should be an armchair ride for whoever starts at 9 and 10."

The ex Ireland winger also believes the older Byrne brother, who was overlooked for the 2019 Rugby World Cup, has not been rewarded with the chances he deserves with Ireland.

"I think he's been treated quite poorly at international level. I think he's an outstanding player, he has a really cool head on his shoulders.

"He's a calm operator and they're really difficult players to come up against."

AIB staff member and former International Rugby Player, Luke Fitzgerald, was speaking to OTBAM as part of the launch of this year’s GOAL Mile, proudly partnered by AIB.

In supporting GOAL and encouraging people across the island of Ireland to step up together and take part in the GOAL Mile this Christmas, AIB is helping reach vulnerable communities already suffering deeply from the impact of crises, poverty and climate change.

Complete the GOAL Mile by registering at www.goalmile.org and taking just 2,000 steps in any place, at any time during the month of December.

Lowe returns to training good news for Leinster and Ireland

Ringrose and Lowe could still return for Leinster's trip to Munster