St. Mirren defender Conor McCarthy has been called up to the Republic of Ireland under-21 squad for...

St. Mirren defender Conor McCarthy has been called up to the Republic of Ireland under-21 squad for the European Championship qualifier away to Italy.

The Cork native joined up with manager Jim Crawford and the squad last night, ahead of today's opening training session in Johnstown House.

McCarthy (22) has made 22 appearances for The Buddies since signing with them in January, 18 of those in the Scottish Premiership.

He is uncapped at under-21 level, but he was part of Stephen Kenny's home-based under-21 squad that played the Ireland Amateur team in February 2019. 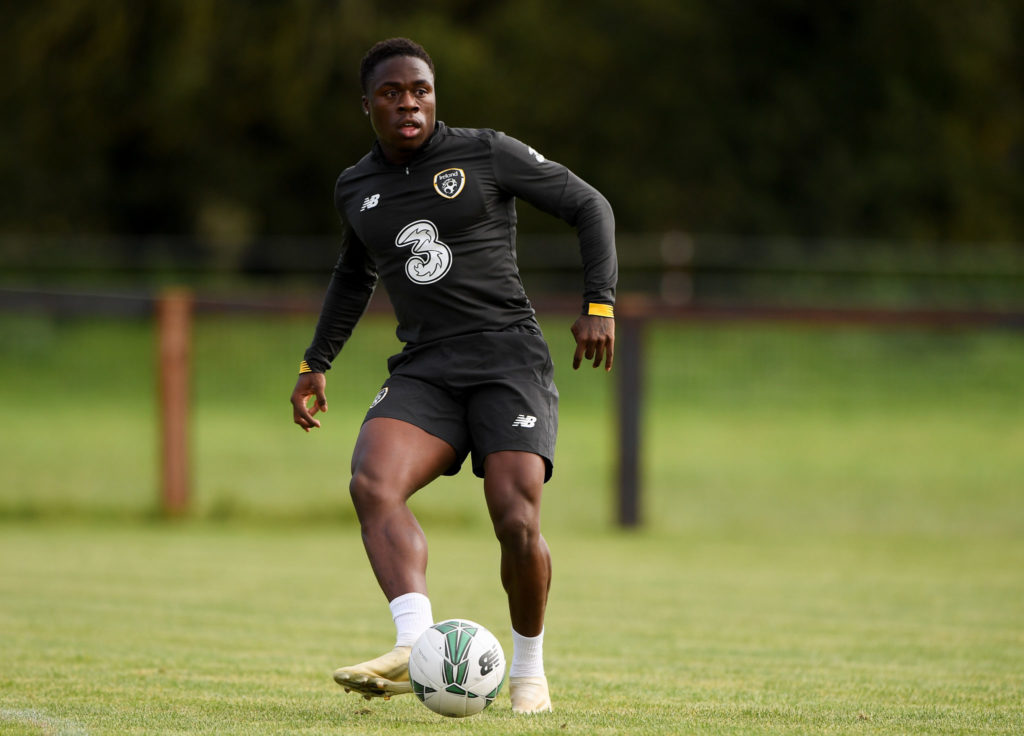 6 October 2020; Michael Obafemi during a Republic of Ireland U21's training session at Johnstown House in Meath. Photo by Matt Browne/Sportsfile

Crawford will now have 23 players to choose from for next Tuesday's match against the Azzurri in Pisa.

The young Boys in Green currently top Group A on 16 points while Italy are in second place on 13 points and also have a game in hand.