Cork City have confirmed that Dan Casey has left the club after a year on Leeside.  The former Sunde...

Cork City have confirmed that Dan Casey has left the club after a year on Leeside.

Cork boss Neale Fenn thanked Casey for his season at the club saying, "I’ve spoken to Dan and he has decided to move back to Dublin."

In better news for City, they've confirmed a new contract for 2020 for 19-year old Cian Bargary.

He looked set for a run in the first team before an injury put the brakes on his progress. 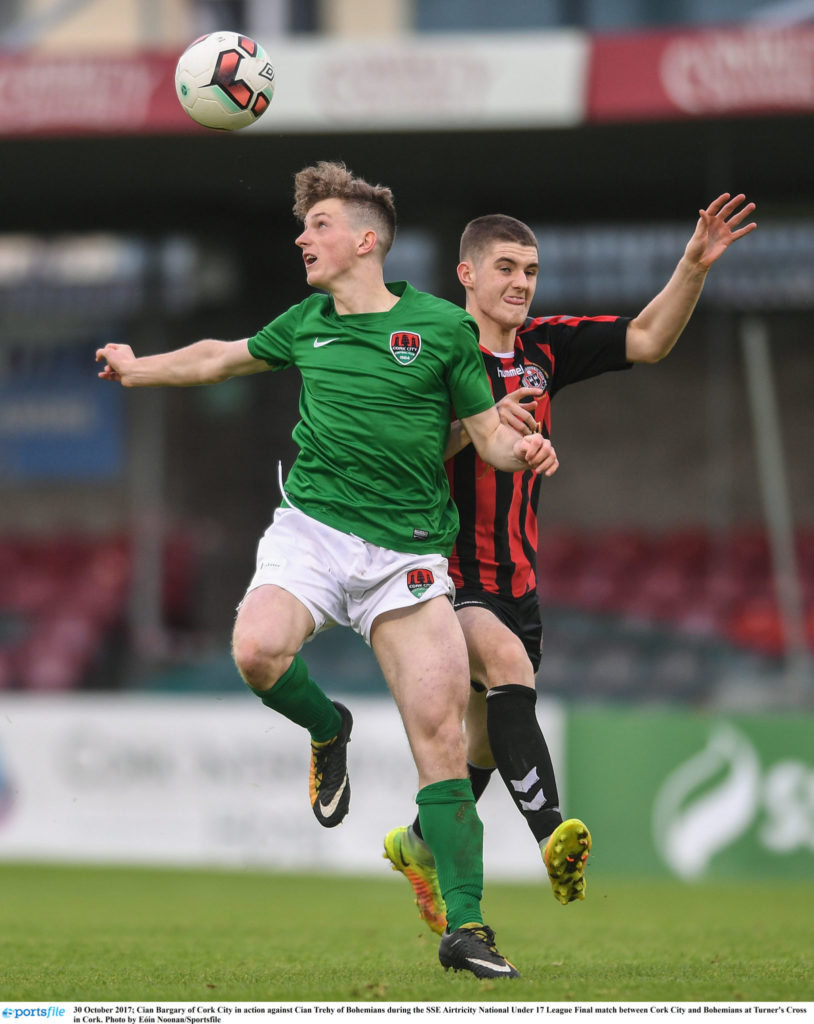 Bargary told the club's site that that injury was "hard to take", adding, "I thought I was doing very well for the Under 19s, and I got the goal with the first team [v UCD in May], but then I got injured and I’ve been out since then.

"It’s been tough but I’m working hard to get back."

Fenn is hopeful a fully fit Bargary can play a key role for Cork in the 2020 season, "He’s very quick, that’s one of his biggest strengths, and he’s direct.

"Those types of players are very helpful to any manager at any club. We look forward to seeing him in full flow."

Midfielder Gearóid Morrissey will also be staying with Cork for the next campaign, and Fenn is delighted to keep hold of the 28-year old, "He is one of the experienced players here and, with the quality he has, he will be a big help for the younger players."

Fenn will be taking charge of his first full season at Cork having replaced temporary boss John Cotter in August.

The former Longford boss is working in reportedly tight financial circumstances as he looks to gather his squad for 2020 after a disappointing 2019 that saw them finish 8th in the Premier Division.

Fenn told EchoLive this week that he has to be canny in the transfer market, "Sometimes, you do get lucky with a player. You might have a player that you’re taking a gamble on and you get lucky, other players mightn’t do as well.

"The chances of signing an established 20-goal a season player from wherever are slim, so you’re hoping you can pull a younger lad out of the reserve team or get someone a little down on his luck or a player from the lower leagues that you feel can play at a higher level and they embrace coming to Ireland."

"In an ideal world, you could cherry-pick every player you wanted. Unfortunately, it doesn’t work like that so sometimes you’re sacrificing whatever it is to get a player in."